When it comes to preparing an easy and delicious Chicken Wellington recipe, even a novice cook can turn this dish into a culinary masterpiece. This is actually a spinoff recipe from Beef Wellington as chicken breasts are used instead of beef tenderloin.

Both of these culinary favorites have graced the menus of some of the finest restaurants in the world, as well as on the dinner table of homes who love the mix of flaky puff pastry and seasonings that further highlight the meat’s taste. 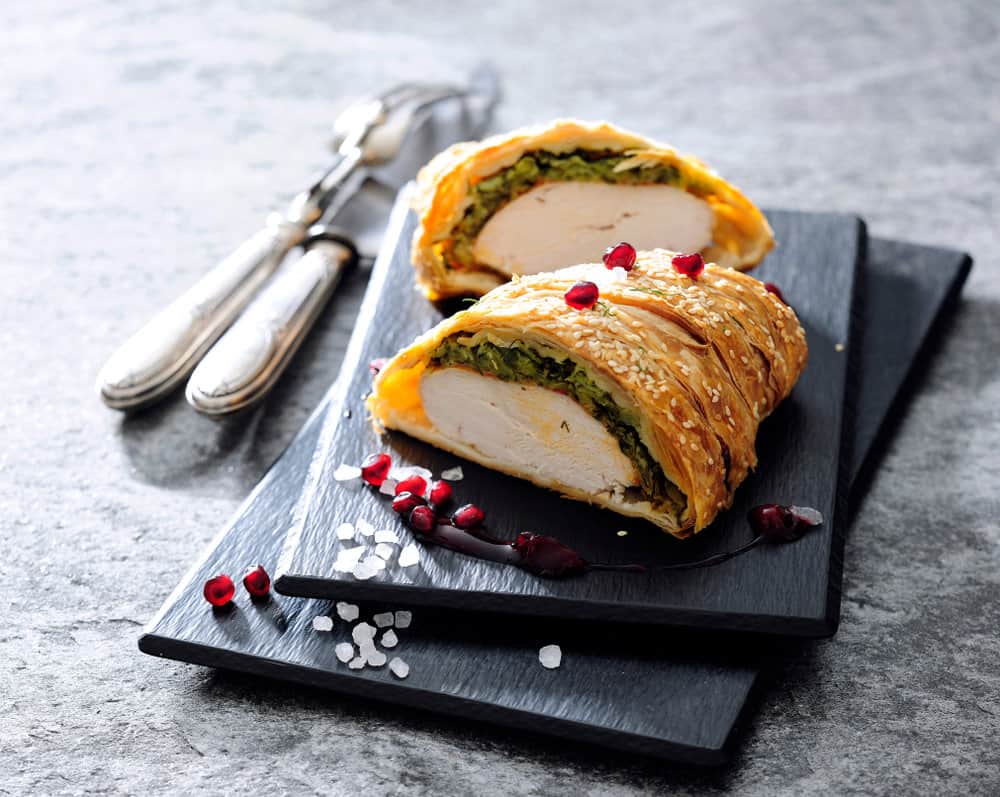 According to Gordon Ramsey’s Restaurants, it is believed Arthur Wellesley, the first Duke of Wellington, was the man Beef Wellington was named after defeating Napoleon Bonaparte on June 18, 1815, at the Battle of Waterloo. Shortly after this historical victory, Wellesley became the British Prime Minister, as well as one of the UK’s most celebrated icons.

The concept of wrapping meat in pastry was already a favorite practice that goes as far back as ancient Greek culture. It was they who were the first to wrap meat inside a flour and water paste mix so it could be sealed during the cooking process. Before it was called Beef Wellington due to its finished look resembling the Wellington Boot, it was previously known as filet de boeuf en croute.

After the Battle of Waterloo, it was redesigned and renamed for the Duke of Wellington. Over time, culinary experiments saw chicken replacing beef as a meat alternative. Since then, it has become a food favorite in its own right. 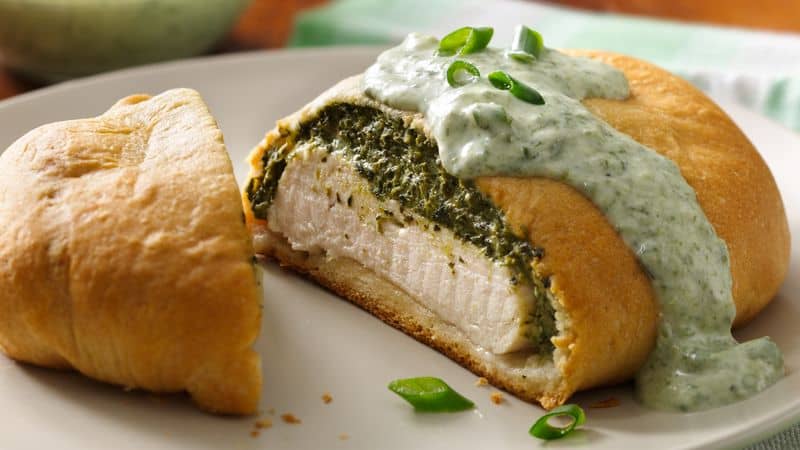 Like many recipes, some cooks have their own ideas on how to make that perfect dish. As far as Chicken Wellingtons go, how simple or complicated the preparation of it goes depends entirely on the cook’s talent, time, and patience level. You don’t necessarily have to be a Red Seal chef or culinary expert just to make a good Chicken Wellington.

If you want the easiest possible way to make this delicious dish, you can always purchase puff pastry from the grocery store so you don’t have to worry about this particular item when using it to wrap up the chicken. All you need are two sheets of previously frozen puff pastry, but make a point to have them thoroughly thawed first before using.

The recipe explained in this article is based on eight servings. Without further adieu, let’s start with the ingredients list. It is highly suggested at this point to round your ingredients up and lay them out like soldiers. As you read the directions, grab what you need and do so according to its order.

Before you officially get started, preheat the oven to 375 degrees. Be sure to line a baking sheet with parchment paper and have it set aside until you’re ready to use it. The first thing you should do is grab a large skillet and turn the stove burner to medium heat. Put the butter and olive oil in it and heat it up just enough for the butter to become completely melted.

From there, sprinkle the chicken breasts with the desired amount of salt and pepper. Cook the chicken in the skillet until it’s almost cooked through. This takes about four minutes per side. Transfer the chicken to a plate and set this aside, for now.

While still using the same skillet, put in the diced onion, minced garlic, and sliced mushrooms. Cook and stir this together until the onions become tender and the mushrooms have lost their moisture. This usually takes about five minutes to accomplish over medium heat. Once these items have reached their desired texture, stir in the parsley.

Set this aside, away from the heat, until you’re ready to work with it again. Take the first sheet of your thawed puff pastry and make sure it is rolled out on a floured work surface. Ideally, it should measure out as a fourteen-by-fourteen square. Once you’ve accomplished this, cut the sheet into four equal squares. From there, place a chicken breast in the center of each square. Do this again with the second sheet.

In a small bowl, combine the cream cheese and Dijon mustard together. Spread this on top of each chicken breast, then top each one with the mushroom mixture. Brush the edges of each square with a hint of water and wrap up each chicken breast. You want this tight enough to make the seal but not too tight where the pastry breaks up.

When you place each breast on the prepared baking sheet, do so with the seam facing down. Once you’ve done this, brush the tops of each wrapped-up chicken breast with the beaten egg. Make sure when you place the chicken breasts on the sheet that they’re not touching each other’s sides. They don’t have to be spaced so far apart from each other, but enough so that the pastry itself is able to cook more evenly.

Once your wrapped-up chickens are placed on the baking sheet, place them in the oven. Ideally, the oven rack should be in the middle so that the Chicken Wellington can cook evenly from top to bottom. It usually takes about twenty minutes for the pastry to puff up and become golden brown.

From a Chef’s Perspective

Speaking as an experienced cook who has made my fair share of Beef Wellingtons and Chicken Wellingtons, the recipe I just shared came from watching and copying what I saw when I first got into the culinary trade myself. This is a popular recipe that can be found on sites like All Recipes.

Of course, many different cooks will go about how they do up a Chicken Wellington their own way. As someone who has personally worked with Red Seal chefs, the recipe I shared came from them. Some of them are the same professionals who’ve been contracted by Compass Group Canada. 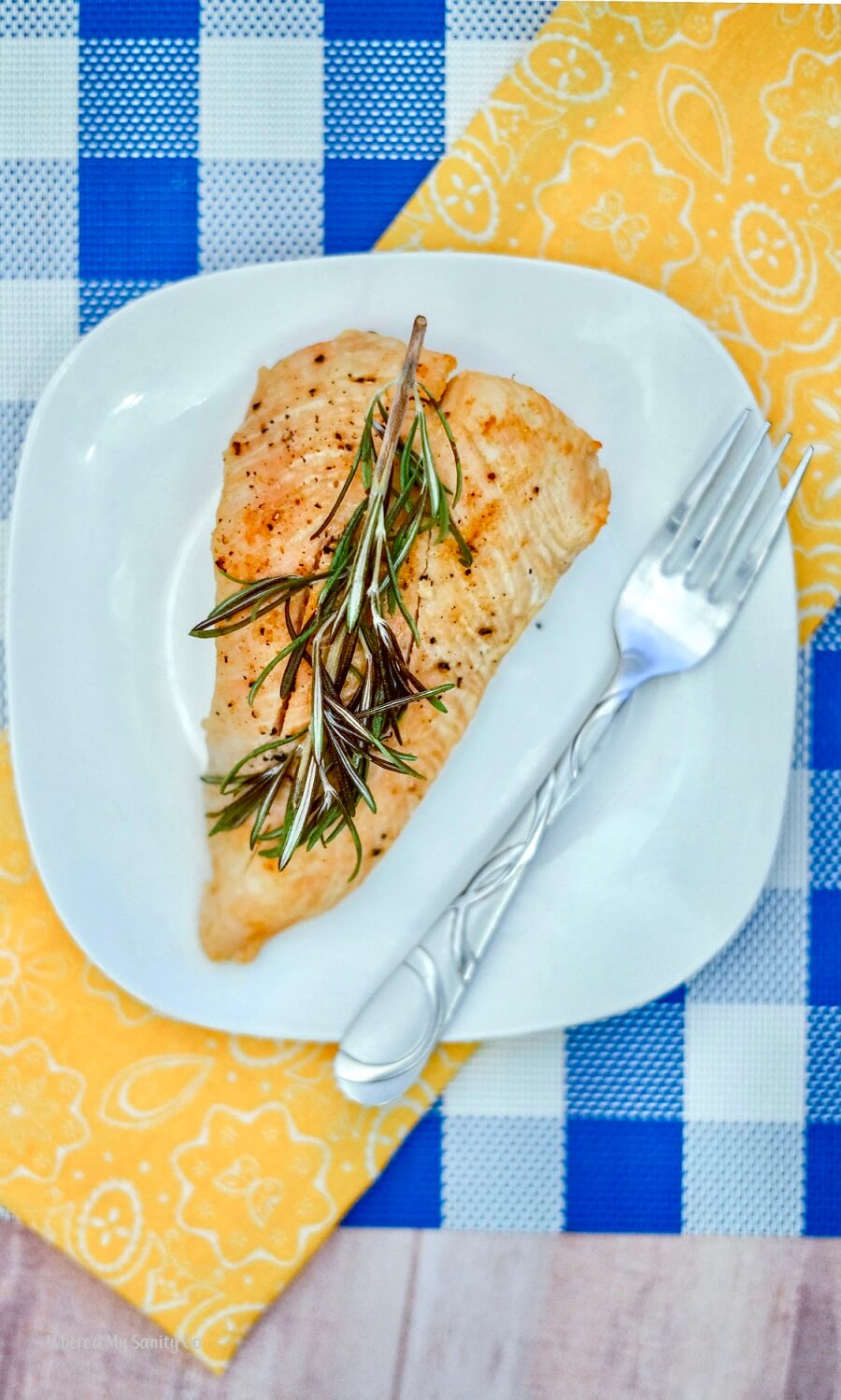 This baked turkey tenderloin recipe is something you will want… 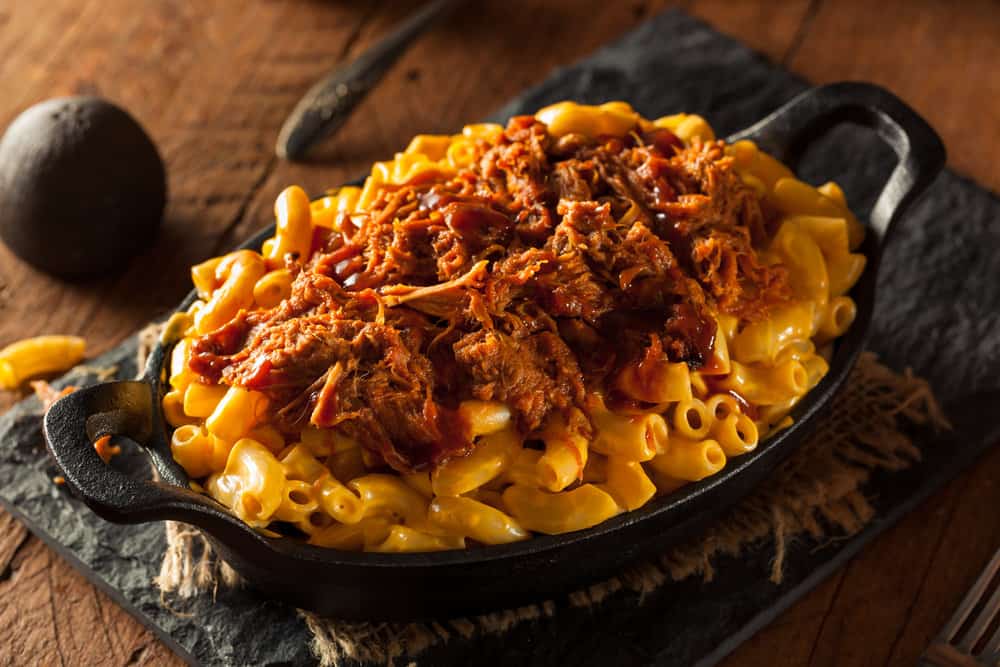 Practically everyone loves macaroni and cheese. That being said, there… 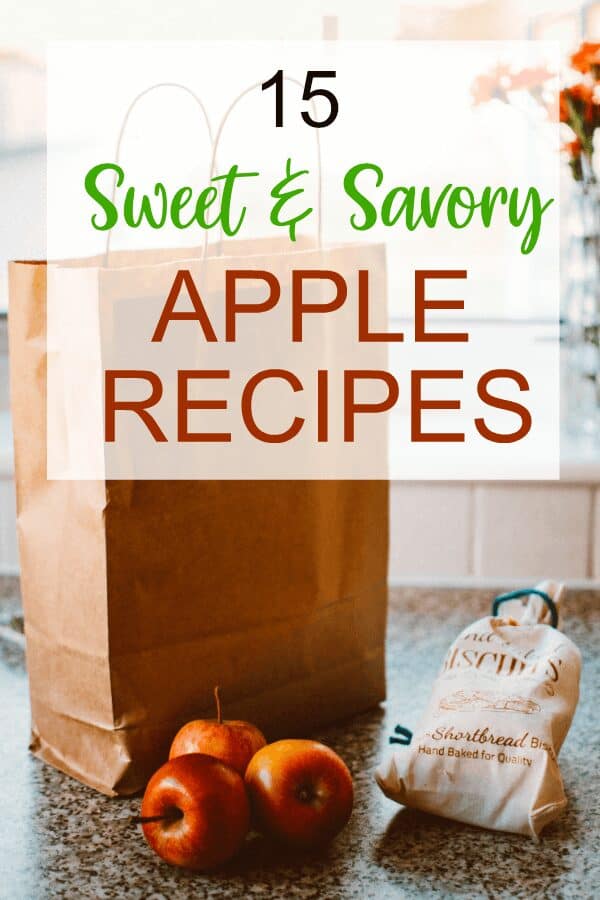 We love enjoying a few good sweet and savory apple… 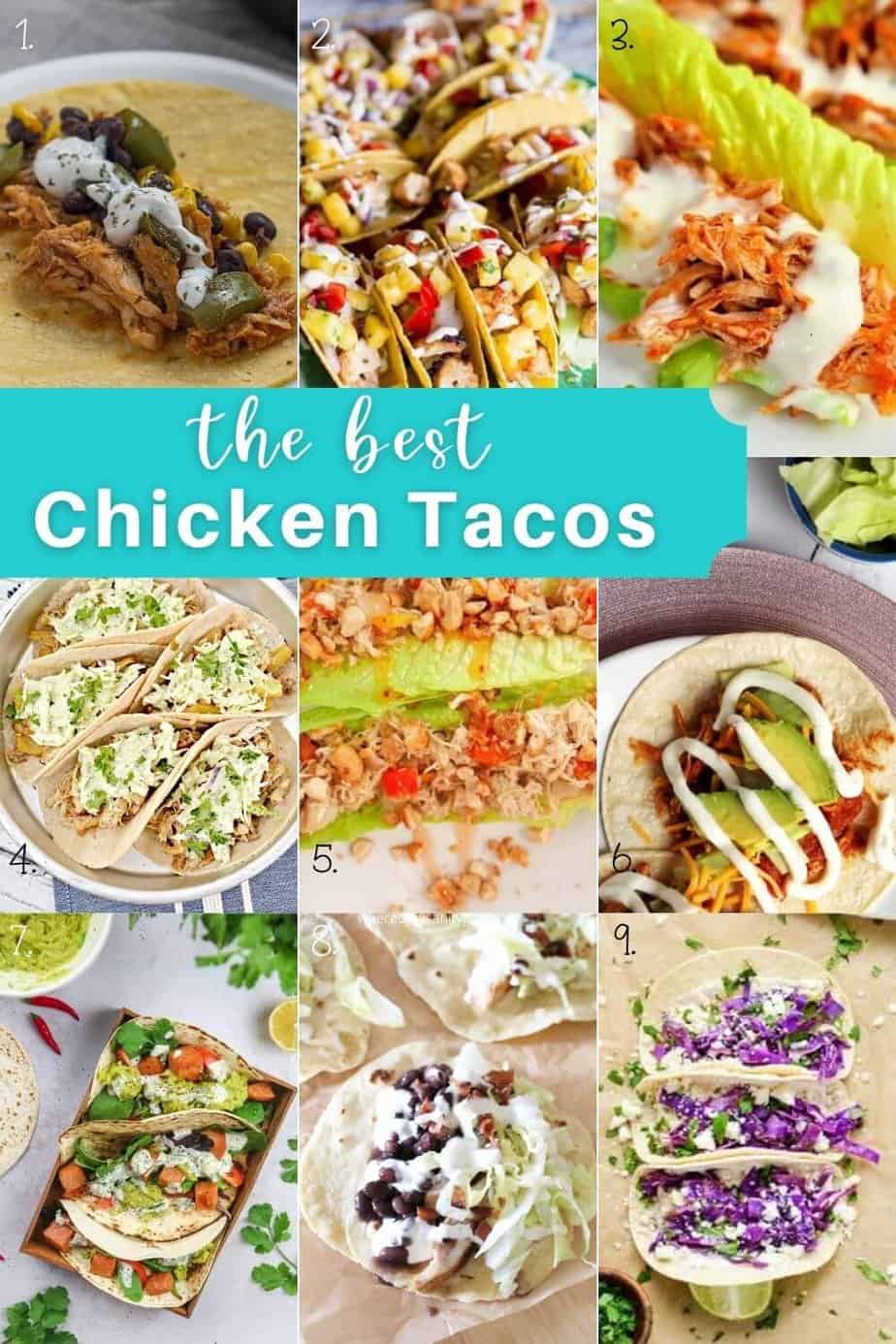 Spice up dinner with these delicious chicken taco recipes! From… 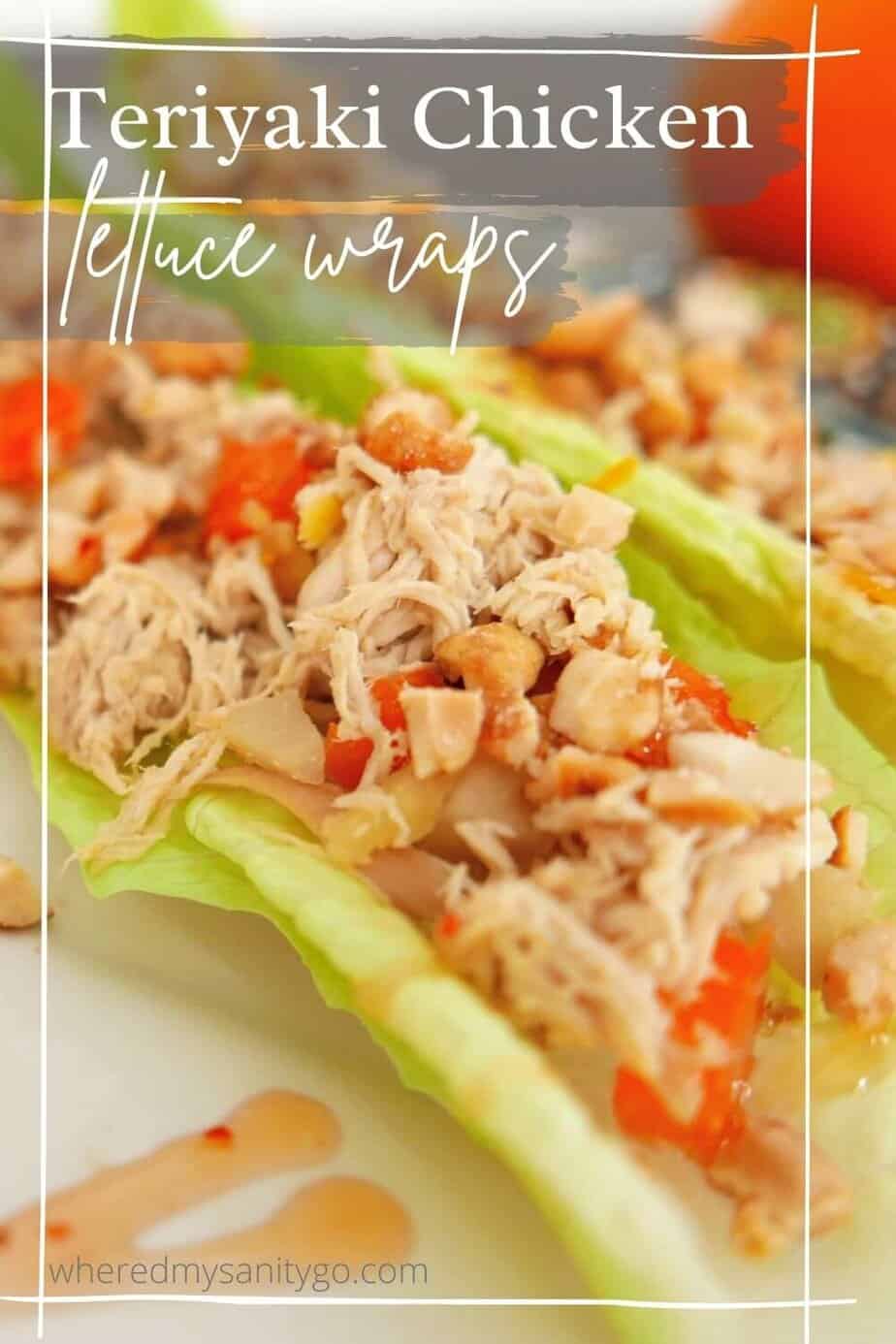 These delicious teriyaki chicken breasts are cooked in the crockpot… 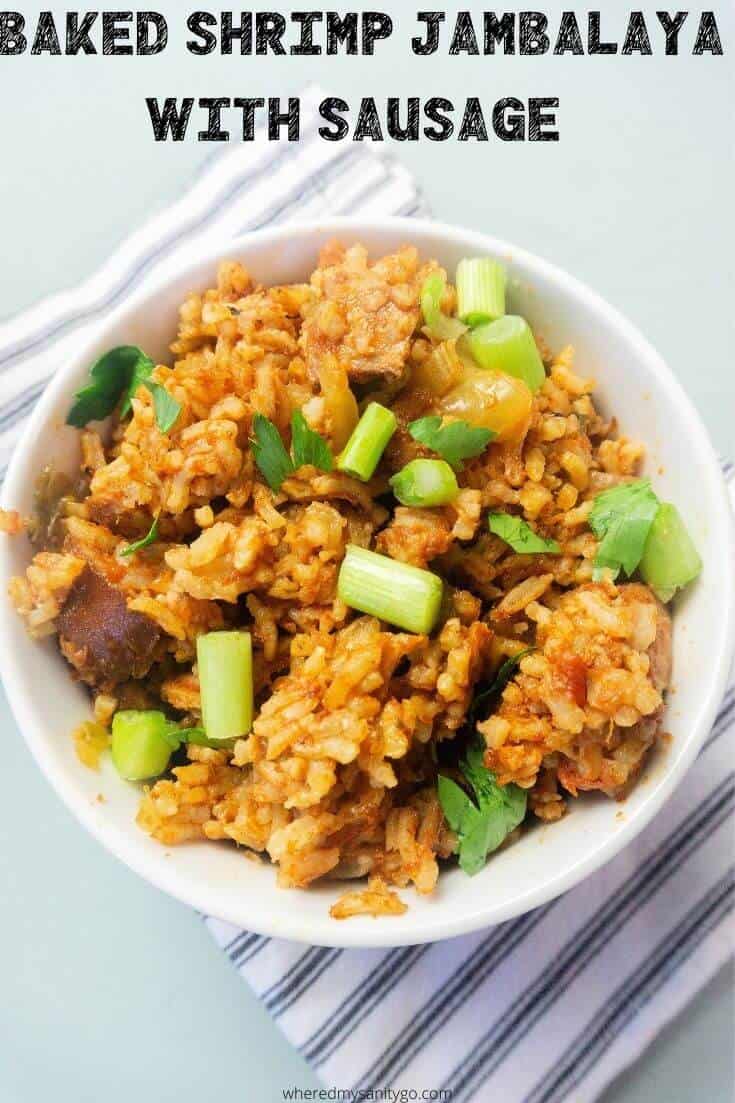 This baked shrimp jambalaya with sausage makes for a delicious…