Children love all sorts of different characters, and they use them in their imaginative play. One type of character that is loved by both boys and girls is pirates. They are the subject of both factual and fictional stories, feature in many films, and are a popular dress-up option for kids. If your child loves pirates, you might want to incorporate this theme into either fun or educational activities with your children. So, what pirate activities can you enjoy? Here are 20 awesome pirate activities for kids. 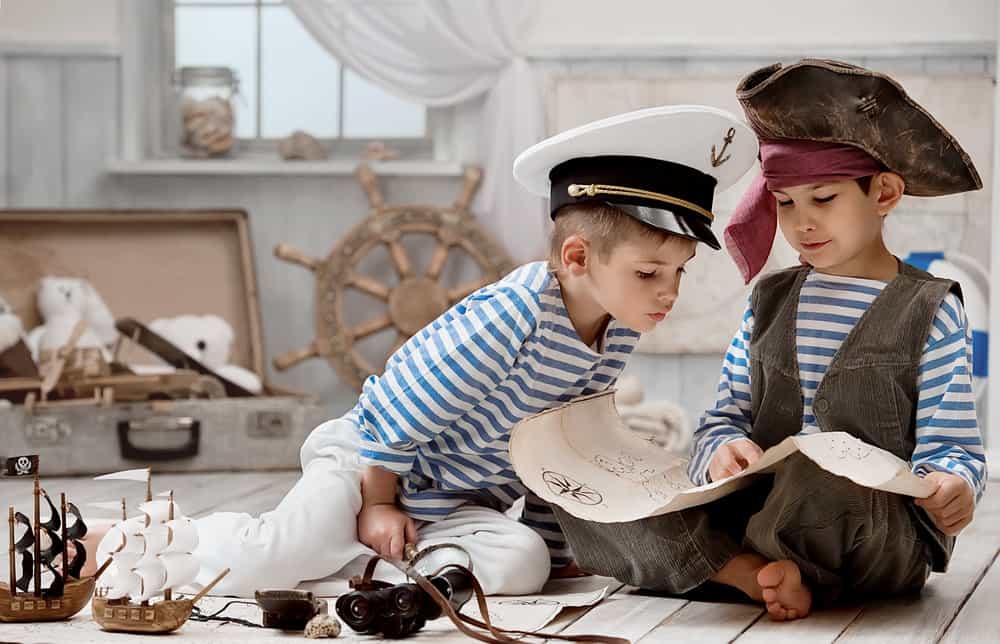 Felt is a cheap material that is available in almost every color, and it is something you can use in multiple craft activities. For your pirate them, you can cut out shapes for your child to create a piece of pirate-themed felt art featuring pirates, the ocean, a treasure chest, and a pirate ship. You can make individual pieces of art or work on something larger together, and you can use additional materials.

Using paint on your hands is a great activity for younger kids to enjoy, as they love getting messy, and it allows them to use their imagination to turn their handprints into something different. One idea for a handprint activity is to make a pirate picture. Get your child to put their handprint on the paper, then turn the paper upside down, so the fingers are pointing downward. Crystal and Comp says you can then turn the palm section of the handprint into the pirate’s head by drawing on a face and hat.

Pirates are often associated with islands, as their ships stop off for overnight stays, and it is where many pirates bury their treasure. An easy pirate activity that younger children will love is making a pirate island. Paint a paper plate blue to represent the ocean and to use as a base for the island. Use Play-Doh to create a mound in the middle of the paper plate for the island. Create some island decorations using Play-Doh, such as a palm tree and a treasure chest.

If your child enjoys arts and crafts activities, then Taming Little Monsters suggests spending a couple of hours enjoying wooden spoon pirate crafts. For this activity, you will need some wooden spoons, felt-tipped pens, glue, and some craft items to decorate your spoon. Examples of useful craft items for this activity include stick-on eyes, colored cardboard, and scraps of fabric. Draw a pirate face onto your spoon, then decorate using your craft items by adding an eye patch, beard, or pirate hat to the spoon. Your kids can make the entire crew of a pirate ship using wooden spoons, then use them for a puppet show.

Younger children enjoy sensory activities, and there are several ways you can create a pirate-themed sensory activity for kindergarten kids. Slime or sand are good materials to use to fill your sensory tub, but you can also use blue or green stained rice to represent the ocean. Add various treasures to the tub for your child to find, along with some plastic letters that spell out pirate-themed words. To help them work out what words they are looking for, you can print off some images as clues to help them out.

Fun-a-Day says that a fun science activity with a pirate theme is making exploding treasure chests. The chests do not quite explode, but they do fizz and disintegrate to reveal the hidden treasure. You will need to make the frozen treasure chests the night before the activity, mixing three parts baking soda with one part water and a little Jell-O powder. Pour the mixture into ice cube trays and add some treasure, such as coins and craft gems. The next day, remove the cubes from the tray and put them into plastic tubs. Give the kids a bottle of vinegar to shake over the cubes, as it will make the cubes fizz and dissolve into mush. The kids will need spoons to dig through the mush to retrieve the treasure.

Even if you are not naturally talented in arts and crafts, you will have no problems making a simple eye mask for your children to wear. Simply cut the eye patch from a piece of black card or fabric. Pierce a hole at each side of the patch before threading through some elastic and fastening with a knot on both sides of the patch.

Although there are many fun and creative pirate activities for kids, it is also possible to add an educational element to your activities. One option is to research real-life pirates by finding out where they came from, when they were born and when they died, where they sailed, and any stories associated with them. One of the most famous pirates in history is Blackbeard. Others include Francis Drake, Calico Jack, and William Kidd.

On warmer days, you may prefer to do an outdoor pirate activity. A great way to spend your time with your kids is to complete a treasure hunt. You can create a small treasure hunt in your own home and garden or do it on a grander scale by heading out into the local area. Create some clues about where your kids can find the treasure or draw a map. Leave them small treats along the way before they find the main treasure at the end,

Nothing shouts of a pirate theme more than a treasure chest, and you can have lots of fun with your kids making one together. It is simple to make a treasure chest out of a cardboard box if you make a few adaptations to create a curved lid. Kids will love to decorate the chest’s exterior. Once you have created your treasure chest, you can continue the fun of filling it with treasures. You can use costume jewelry, such as colorful beads, and you can also make some of your own treasures to add to the chest. Cut small circles out of cardboard and cover them in aluminum foil or use gold spray paint to create coins.

11. Printable Pirate Activities for Kids: Do a Pirate Word Search

The Internet is a fantastic resource for finding quick, printable activities for almost any theme. If you are having a day of pirate activities, then look online for some pirate word searches. Alternatively, have a go at creating your own word search or crossword, using words such as pirate, hat, skulls, crossbones, treasure, ocean, ship, crew, buccaneer, patch, parrot, and sailing.

Some children, especially younger ones, love singing and musical activities. A pirate activity music lovers may enjoy is singing some pirate songs, and they may also like to accompany the singing with some simple homemade instruments.

Match three is a game that children and adults of all ages can play. You need a collection of cards with two each of the different images. To play, turn all the cards face down, then each player takes a turn at turning over two cards. If the cards match, the player gets to keep them, but if they don’t, they are turned back face down. All the players must try to remember the positions of the cards that have been turned over to help them match more pairs. This game can have any theme. To make a pirate theme, use images such as pirate hats, ships, treasure chests, eye patches, parrots, islands, skulls, and crossbones.

Pirates are an ideal topic to use as inspiration for a creative writing activity. Ask your kids to write a story with a pirate as the central character. It can be about what happens during a voyage, hiding the treasure, battling with another pirate ship, or arriving back on land. If they are creative, they can turn their story into a comic strip.

One of the accessories associated with a pirate costume is the pirate’s cutlass, which they usually wear on a belt around their waist. It is easy to draw the outline of a cutlass on a piece of thick cardboard and then cut it out for your child to decorate. If you have some scrap fabric, tear a thin strip to create a belt to fasten around their waste, and they can tuck their homemade cutlass into the belt.

6. Design and Build a Pirate Ship

A fun, creative pirate activity for kids is designing and building a pirate ship. Red Ted Art describes how you can easily make a pirate ship out of cardboard and paint. An alternative way to make a pirate ship is using junk, such as empty plastic bottles, scrap cardboard, plastic tubs, cardboard toilet roll tubes, and other recyclable items. You can make it as small or as large as you like.

Something to do on a rainy day with your kids is to watch a movie about pirates. One option that children of most ages will enjoy is the 1991 film ‘Hook’, which is about the character Captain Hook from the Peter Pan books and films. The other Peter Pan films also feature pirates. Children over 13 may also enjoy the ‘Pirates of the Caribbean’ series of films. Other films featuring pirates include ‘The Pirate Fairy,’ ‘Tintin,’ ‘Ice Age: Continental Drift,’ and ‘Sinbad.’

If you want to incorporate some literacy into your pirate activities for kids, then get them to read ‘Treasure Island’. It is a classic book about pirates and treasure written by the Scottish author Robert Louis Stevenson. The book is best suited for older children and teens, although there are adapted versions written for younger children.

When you read a pirate story, it will usually feature buried treasure, and the pirates remember the location of the buried treasure by marking an X on a map. A fun and creative pirate activity for your child is to draw a map of an island, including features such as a bridge, a stream, a wooded area, a hill, and so on, before marking an X on the map where they want the treasure buried. You can make the map look old by making a cup of tea or coffee without milk, leaving it to cool, and then brushing the liquid over the paper.

One of the most notable pirate accessories is the hat, and there are several ways you can make a pirate hat with your children. One of the simplest methods is to make the hat out of black cardboard. Draw a pirate hat outline on a piece of card and cut it out. Draw around the cut-out piece on another piece of card and cut it out, so you have two identical pieces of card that will form the front and back of the hat. Glue the ends together and a white skull and crossbones design to the front.

1. One of the Best Pirate Activities for Kids: Play Dress Up

Most children love to play dress-up occasionally, so dressing up as a pirate is one of the best pirate activities for kids. Make sure your costume box has some pirate accessories inside. Some items to consider are a striped shirt, knee-length pants, an eye patch, a cutlass, and a pirate hat. If you are not creative and do not want to create your own, there are plenty of pirate costumes available online. 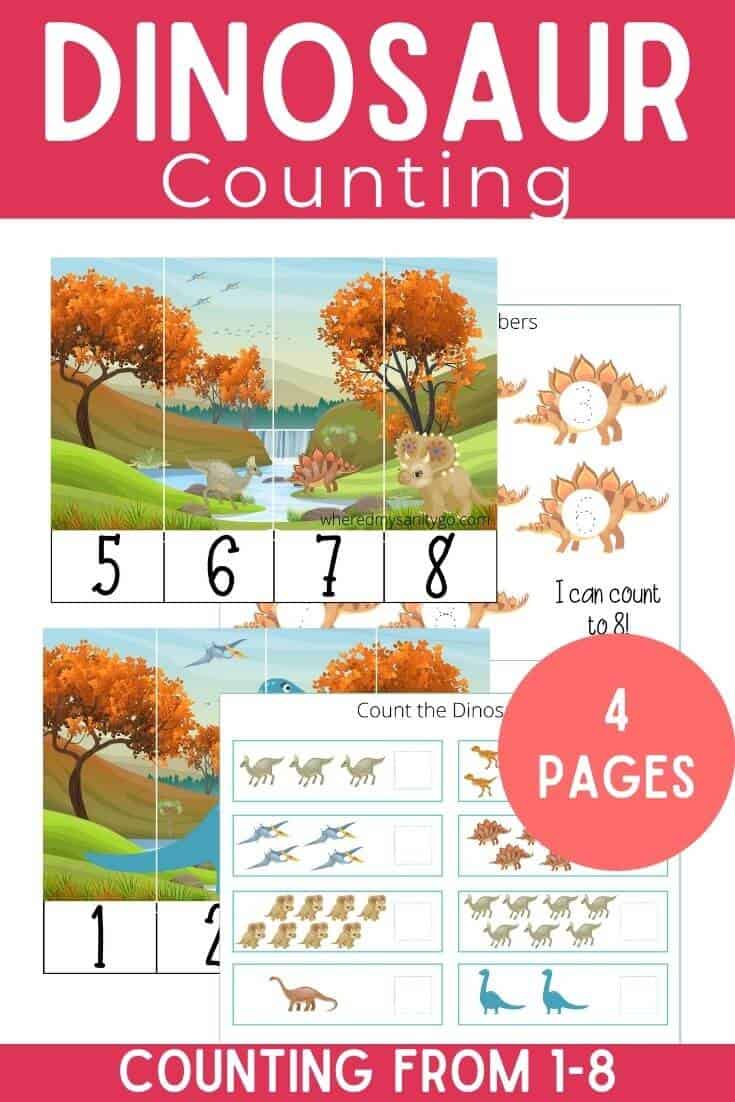 These fun preschool dinosaur counting worksheets will make a great… 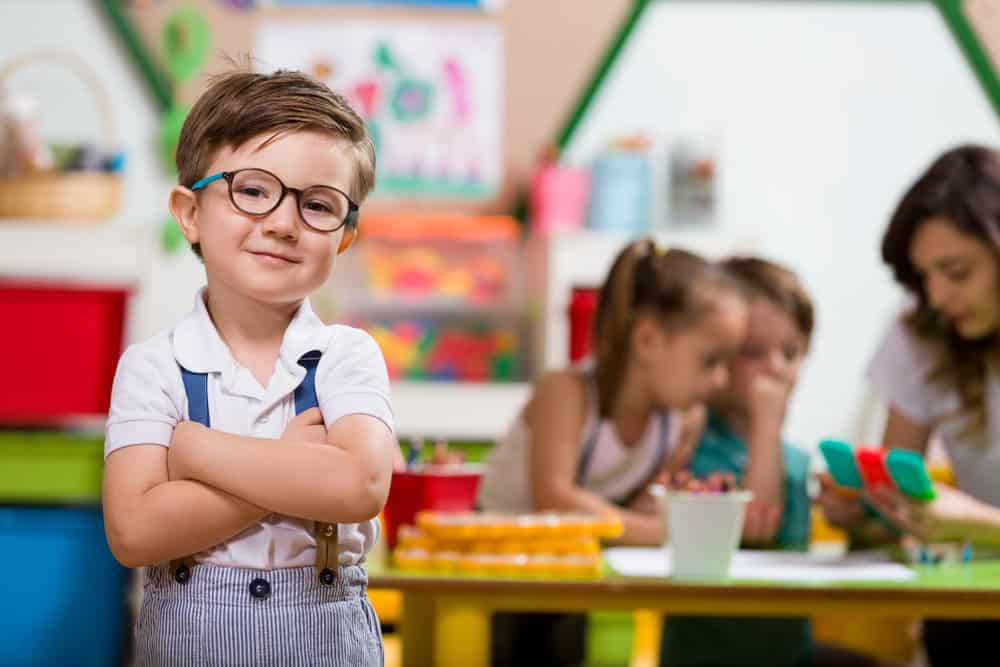 So, it’s March and you’re looking for activities for preschoolers…. 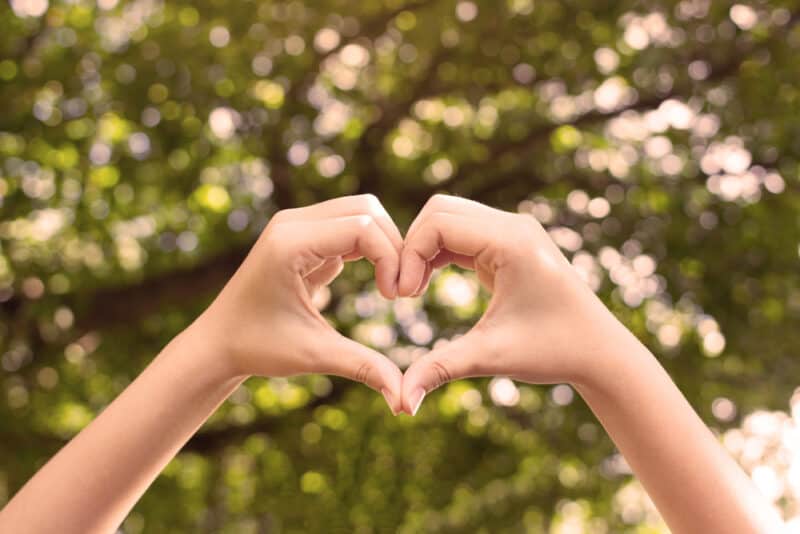 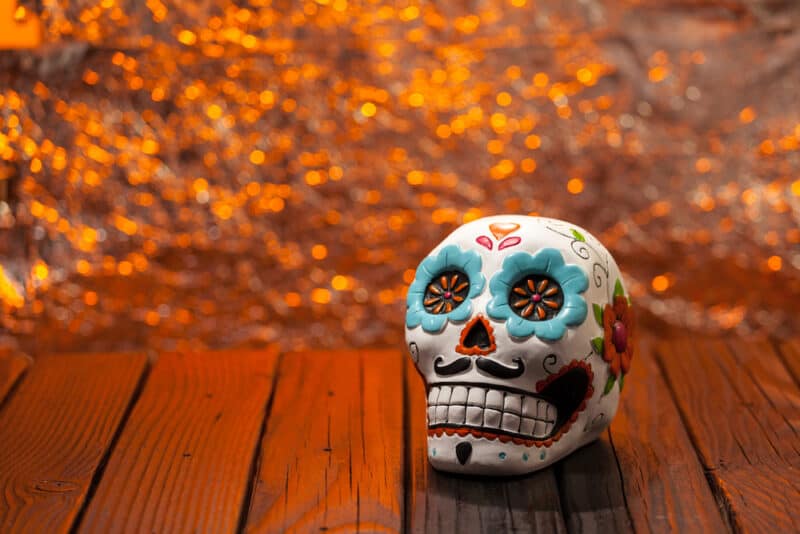 Have you asked your kid what the Day of the… 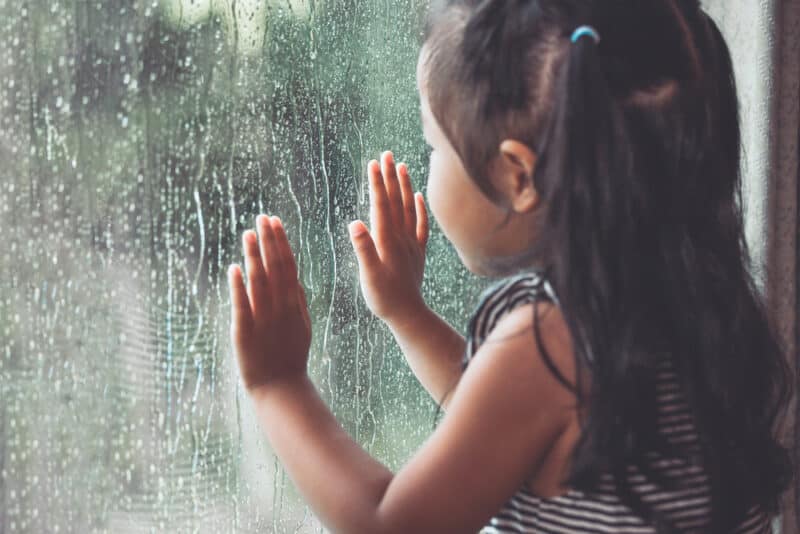 Regardless of the weather, kids love to play. When rain… 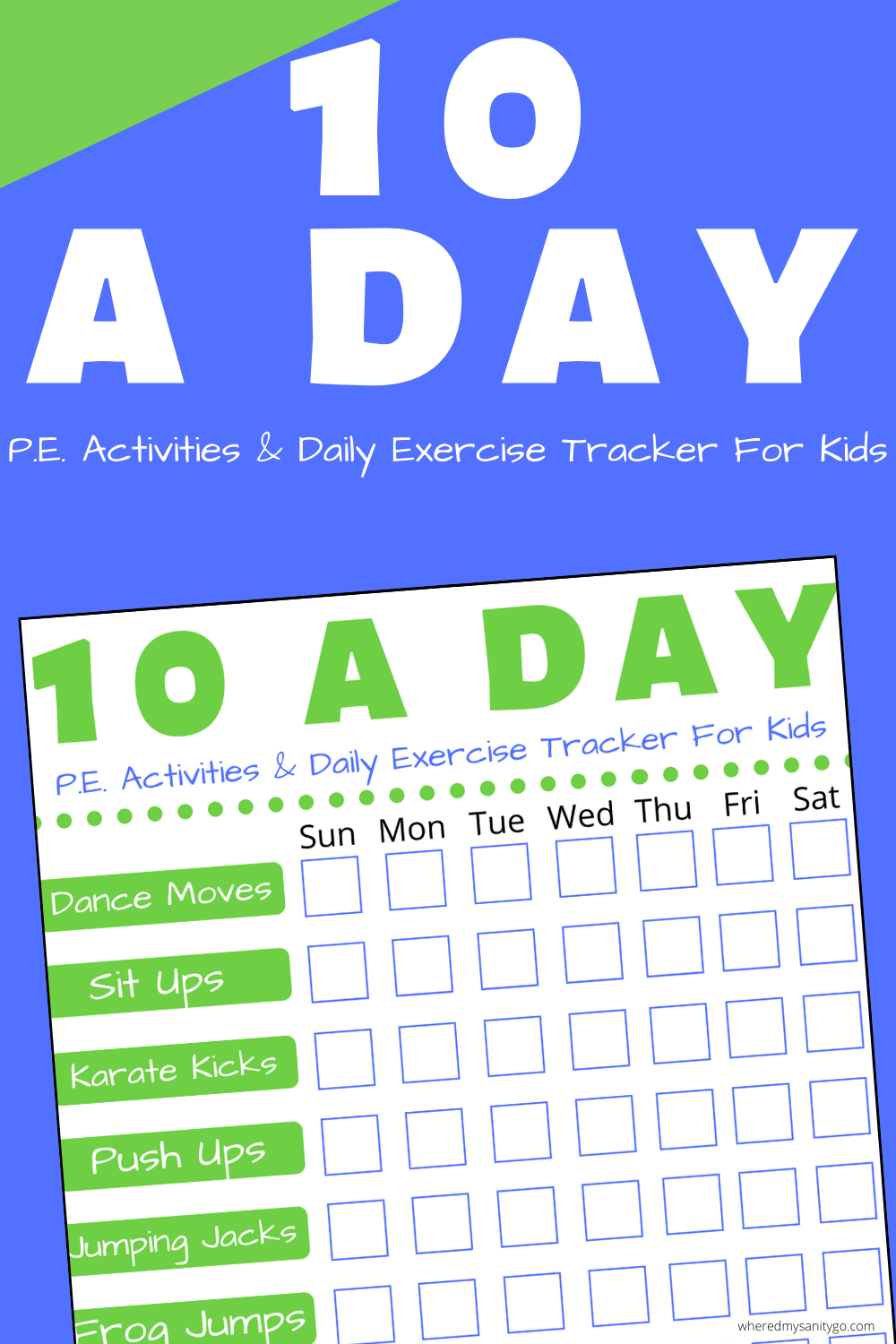 Looking for some fun ideas when it comes to doing…