Hey, are you looking for a delicious recipe for Hatch Chile Queso Dip? Well, we’re about to give you a few to try out. From mild to hot, we’ve got you covered. Now, to find the right chips for the occasion. Normally, these recipes are known to be cheesy and silky that use New Mexico’s infamous hatch chilies as their main flavor source. If you happen to be fortunate enough to see hatch chili peppers sold on the market, make a point to bring some home. 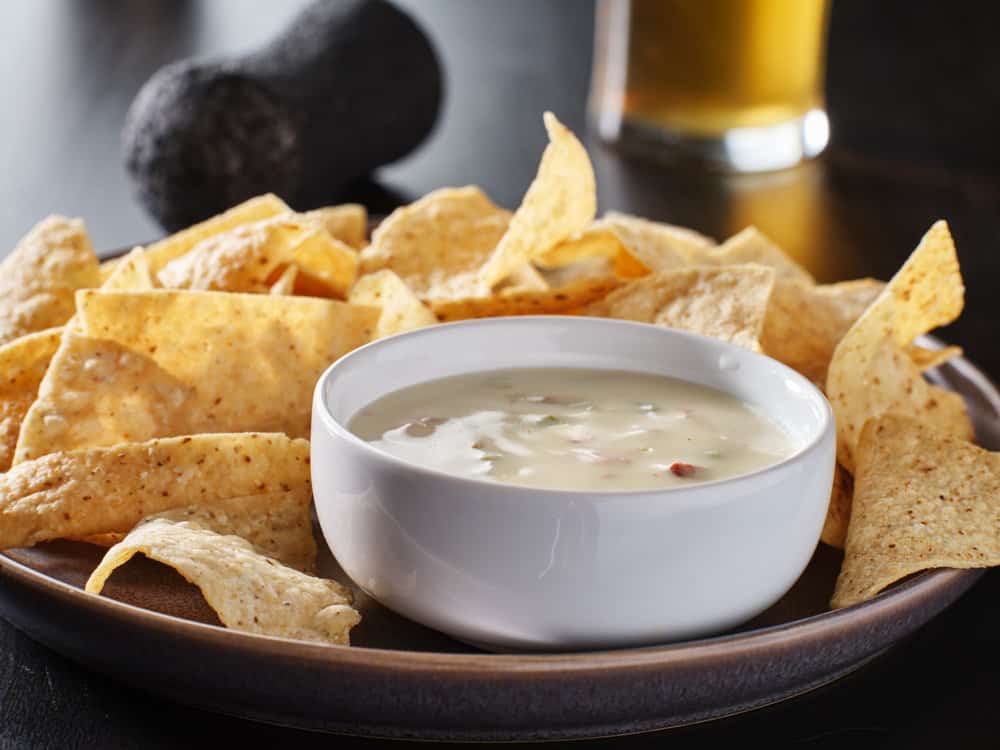 You can either enjoy them right away or roast them before freezing so you can enjoy them later. There are frozen options that are available too. Whether fresh or frozen, hatch chili peppers used in cheesy queso dip form make a heavenly addition to snacks that can be enjoyed with chips, crackers, and raw veggies. They’re also really good as a dipping sauce with prepared foods such as chicken fingers, french fries, onion rings, and soft pretzels. Although you can buy a decent hatch chile queso dip in the dairy aisle of the supermarket, you’ll find making these awesome dips yourself to be an even creamier and tastier experience.

We’ll share more than one recipe here as there are a few different versions of the hatch chile queso dip that are worth trying. Like all recipes, if you feel like tweaking here and there so it’s more to your liking, do it. You don’t know if you’re going to like something if you’re unwilling to try it. According to Food and Wine, hatch chiles offer the perfect balance of heat and sweetness.

According to the story told by Have a Plant, the story behind hatch chile’s history began in the late 1960s. Dr. Nakayma was the man behind a breeding program at the New Mexico State University of chiles that was developed with the intention to supply the need for fresh chiles to be canned and processed. Unfortunately, it was considered to be too much chile and the project was left alone until Jim Lytle would pick up where Dr. Nakayama left off. There were about ten years that passed between Dr. Nakayama’s failure and Jim Lytle’s discovery. In 1987, which was the last year Lytle was still alive, the chile he developed was approved by the New Mexico Crop Improvement Association. This chile was named after the man as “Big Jim.” Since then, this particular chile has become the most popular grown in the Southwestern region.

It’s placed under the New Mexico Chile category, along with Lumbre, New Mexico 6, and Sandia. All of these chiles are named after the original growing area in Hatch, New Mexico. Hatch is located in the Mesilla Valley, just north of Las Cruces. Chefs who use these chiles are in agreement the intense sunlight and cool nights in the valley they’re grown produce a uniquely flavored chile product.

The valley stretches along the Rio Grande’s most southern bend before crossing into Texas and Mexico. It’s covered with several rows of leafy green Hatch chile plants for most of the summer season. These chiles are known for their meaty flesh and mild-medium heat. Throughout New Mexico, no other chile is as prized as this particular variety. It’s used in the state’s signature dishes, Chile Con Queso, Chile Rellenos, and Chile Verde.

When using fresh hatch chiles, place them on a foil-lined baking sheet and broil them until they’re blistered. This takes about five to seven minutes for each side.

Remove skins from the chiles, as well as the stems and seeds.

Chop the chiles and drain them on paper towels before setting them aside.

Over medium heat, use a medium pot to melt down the butter. Add the onion, garlic, and salt. Cook, stirring until lightly browned and the liquid has mostly evaporated. This normally takes about two minutes.

Whisk in the flour and cumin into the butter mixture and cook until lightly browned. This can take anywhere from thirty seconds to a minute.

Slowly whisk in the milk to the mixture until the sauce becomes thick enough to coat the back of a spoon. Normally, this takes about five minutes.

Lower the heat to medium-low and gradually add the cheese. Ideally, do this about a quarter cup’s worth at a time to avoid clumping. Don’t add more cheese until what you’ve already got in the pot has already melted down.

Fold in the tomatoes and hatch chiles. Sprinkle the roughly chopped cilantro and serve immediately.

This is one of the most commonly used versions of the hatch chile queso dip and is easy enough to make.

This is an even creamier version of the infamous hatch chile queso dip. For many foodies, this is a favorite. It’s not quite as cheesy and is one of the most common recipes used in restaurants that sell this to customers.

Cut the hatch chile peppers open and scrape out the seeds before chopping them up to pieces that are the same size as the shallots.

In a medium pot over medium heat, melt down the butter and add the hatch chiles and shallots. While cooking, stir frequently until the shallots have become soft. This normally takes about three to four minutes.

Stir in the flour and cook until it becomes a paste. This usually takes about a minute.

While stirring, slowly drizzle in the milk. Whisking is easier but stirring with the spoon also works. Don’t stop stirring as you do this. Lumps will develop if you don’t do this step properly.

After the milk is added, stir in the grated cheese. As soon as it’s melted, add salt and pepper according to taste. Usually, just a pinch of each is good enough.

If you want a hatch chile queso dip with more kick, throw in jalapeno pepper and habanero pepper just to spice it up. Also, instead of using the oven, you’re using a crockpot now.

Grease the bottom of a crockpot with butter.

Thoroughly combine the Mexican cheese blend, cream cheese, butter, the peppers, and the inside of the crockpot.

Cover and cook on low heat for forty-five minutes.

Thoroughly stir the mixture again before adding the milk. Continue stirring as you do this.

Cook for another fifteen to twenty minutes until the cheese has completely melted.

Keep the cheese dip in the crockpot and have it set on warm until you’re ready to serve.

Place the hatch chilis on a foil-lined baking sheet and broil them until they’ve blistered. Normally, it takes about five to seven minutes for each side to accomplish this.

Remove the skins, stems, and seeds from the chiles.

Chop the chiles and drain them on paper towels before setting them aside.

Heat the virgin olive oil in a medium-sized saucepan over medium heat.

Add the onion and garlic, sauteeing them for about five minutes or until they begin to soften.

Sprinkle the flour over the onion mixture and cook for two more minutes.

Slowly stir in the evaporated milk and continue to cook, stirring the entire time, until you have a thickened sauce that’s been heated through. This should take about three to five minutes.

Add the pinches of salt and pepper.

One cup at a time, add the cheese and stir until it’s fully incorporated into the mix.

While stirring, add the cream. If you prefer a thicker dip, cut the amount of cream in half.

Stir in the minced hatch chiles and continue stirring until the mixture is well blended.

The hatch chili queso dip is at its best when served either hot or warm. While tortilla chips are usually what’s used to dive into the dip, using raw vegetables like bell peppers, carrot, and celery work just as well. Because it’s a cheese dip, even dipping crackers will work.

In a small saucepan over medium heat, heat up the olive oil.

Add the onions and garlic. Saute them for about two to three minutes, stirring often, until the onions are soft and slightly translucent.

Add the roasted hatch chiles and saute for about two minutes.

Remove about one third of this mixture to a small bowl and set aside.

In the saucepan, slowly add the two kinds of cheese and stir the whole time.

Slowly add half of the milk to the saucepan and stir the entire time.

Once the cheese has fully melted, which takes about three to five minutes, reduce the heat to low. Keep an eye on it and stir as needed to prevent burning.

Stir continually until the cream cheese has completely melted and the ingredients are well blended in the mixture. Should bubbling happen, reduce the heat to low.

Remove from heat and pour the hatch chile queso you prepared previously on top of the beans mixture in an even layer.

Top this off with the remaining hatch chile/onion mixture you had set aside earlier.

Fondue anyone? Try this hatch chile queso dip as a fondue. What a fun way to enjoy something so sweet and cheesy. Instead of sticking with tortilla chips, try some Artisan bread. If you’re a fan of cheese fondues, this may be the perfect recipe for you to experiment with a new flavor.

In a fondue pot over medium heat, heat up the milk until bubbles begin to form.

Gradually, add the coated cheese into the pot, one handful at a time. Stir each time the cheese is put in and has completely blended into the milk without clumping.

Stir in the coriander, cumin, and chiles. Keep this over the warm heat and enjoy.

What works great with this fondue recipe is cooked shrimp, raw vegetables, and apple slices. Of course, tortilla chips work great too.

Aside from making a great condiment for tortilla chips, hatch chile dips also make great companions that extend beyond a snack’s best friend. Use the dip as a form of dressing for a Mexican-style salad. They’re also great to put inside a burrito, quesadilla, tacos, and tostadas. Next time you’re eating a baked potato, instead of going with butter or sour cream, try the hatch chile queso dip instead. If you’re a fan of chicken wings, instead of ranch, try the hatch chile queso dip instead. 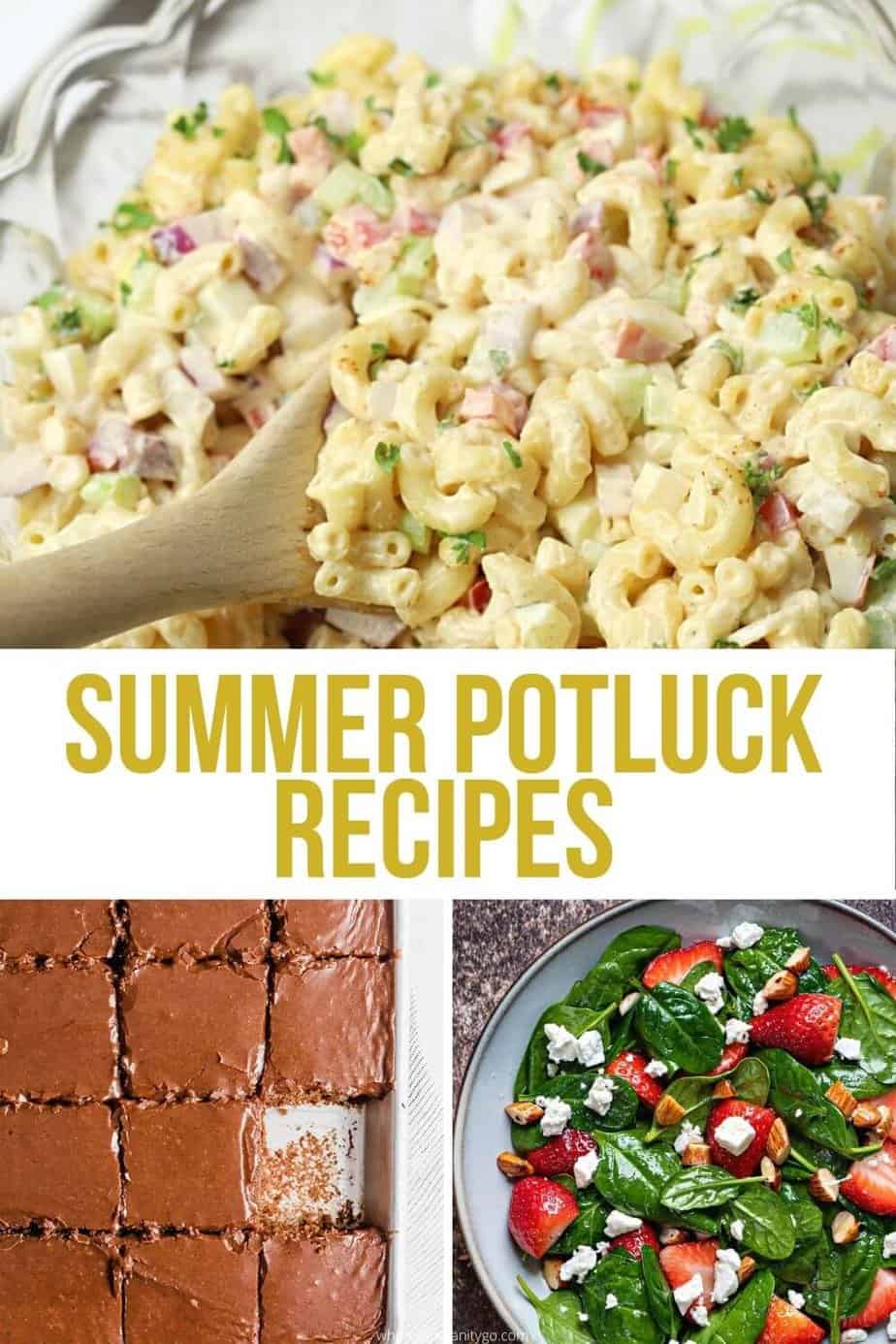 Wondering what to bring to a potluck? Here are some… 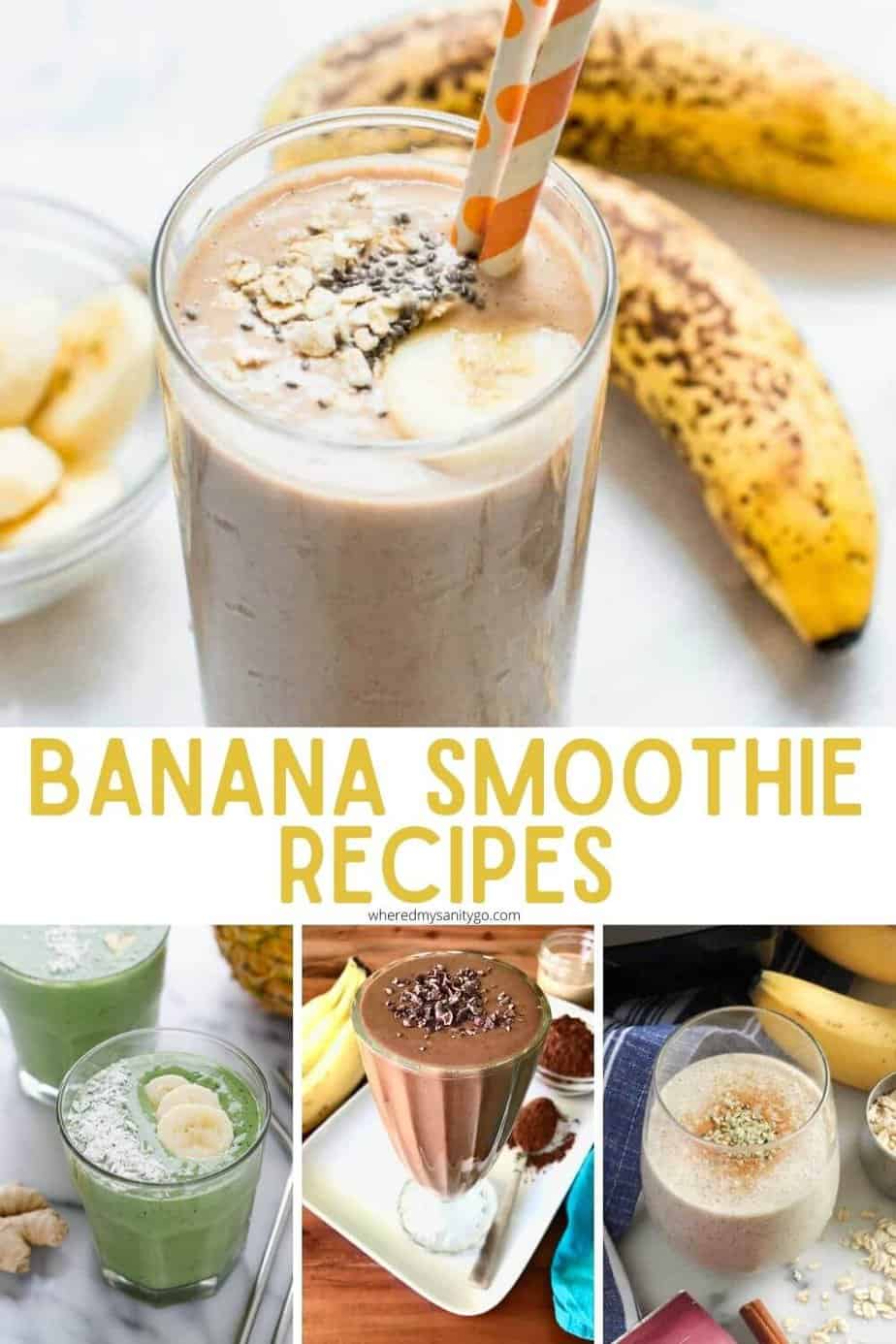 Easy smoothie recipes with banana and other healthy fresh fruits… 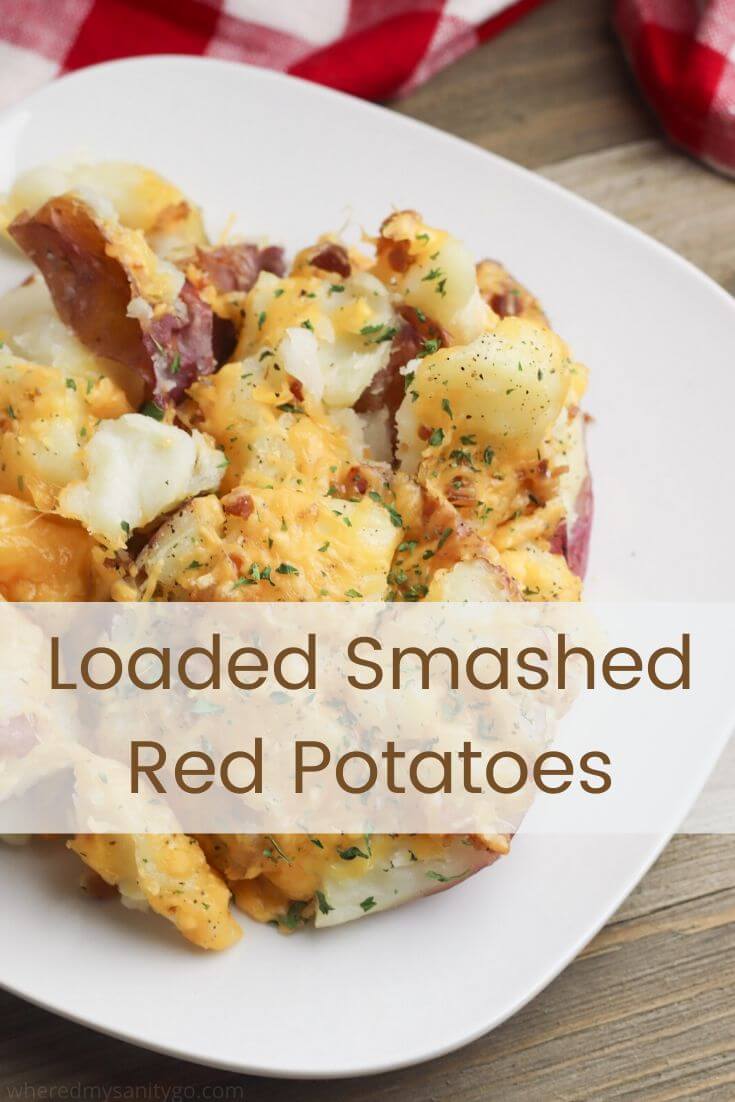 These loaded smashed red potatoes have all the flavors of… 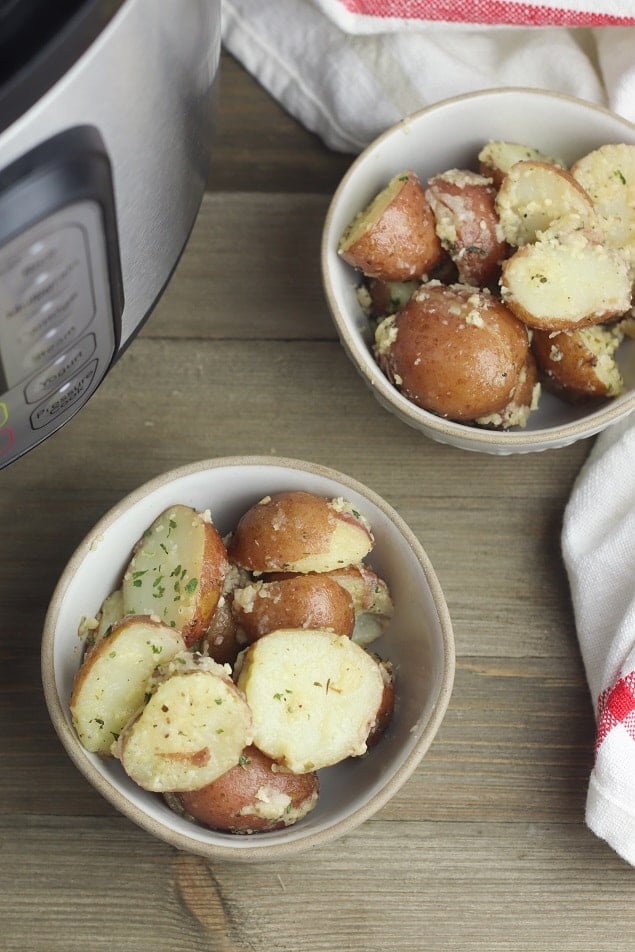 These Instant Pot red potatoes with garlic and Parmesan will… 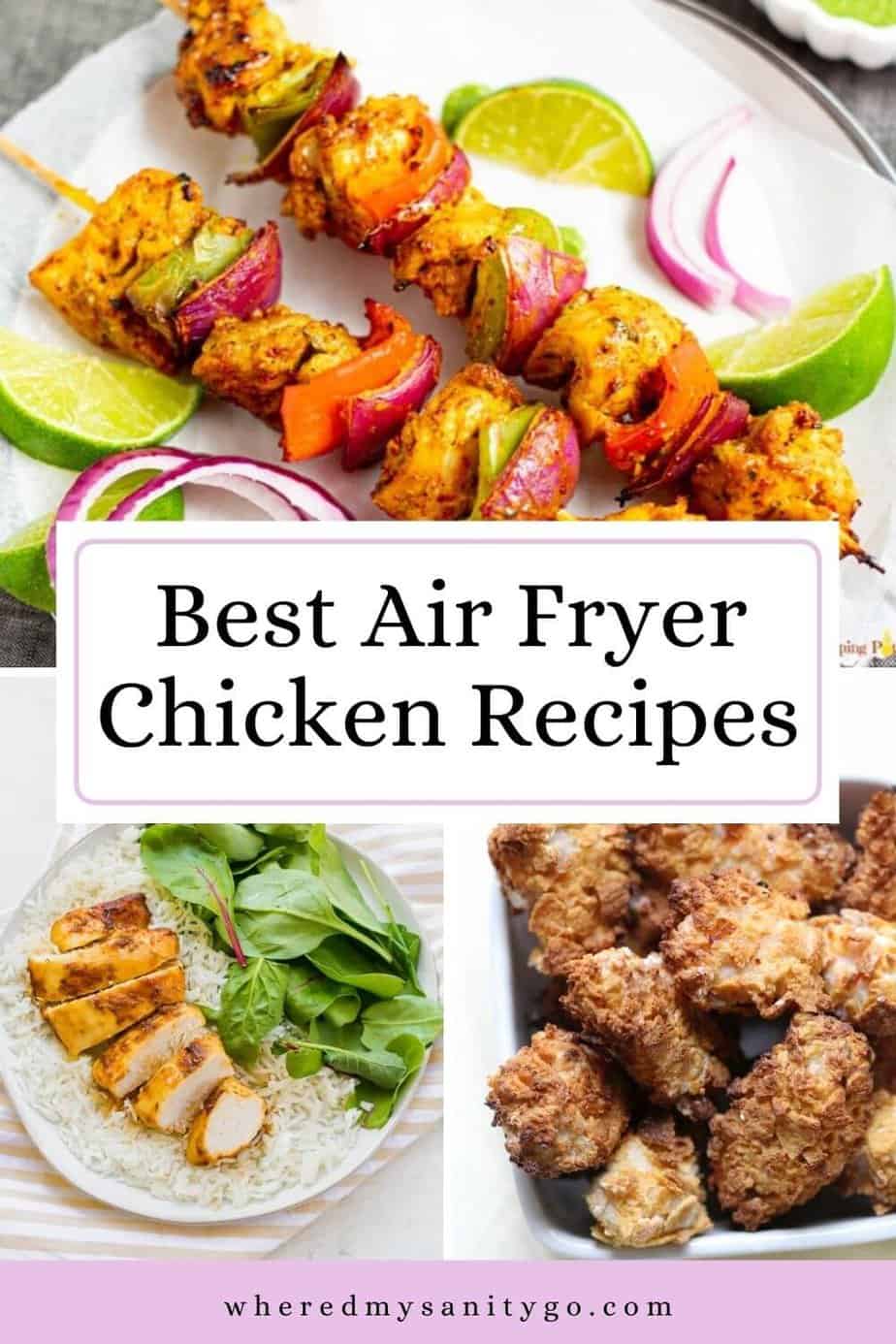 Have you tried any good Air Fryer chicken recipes? When… 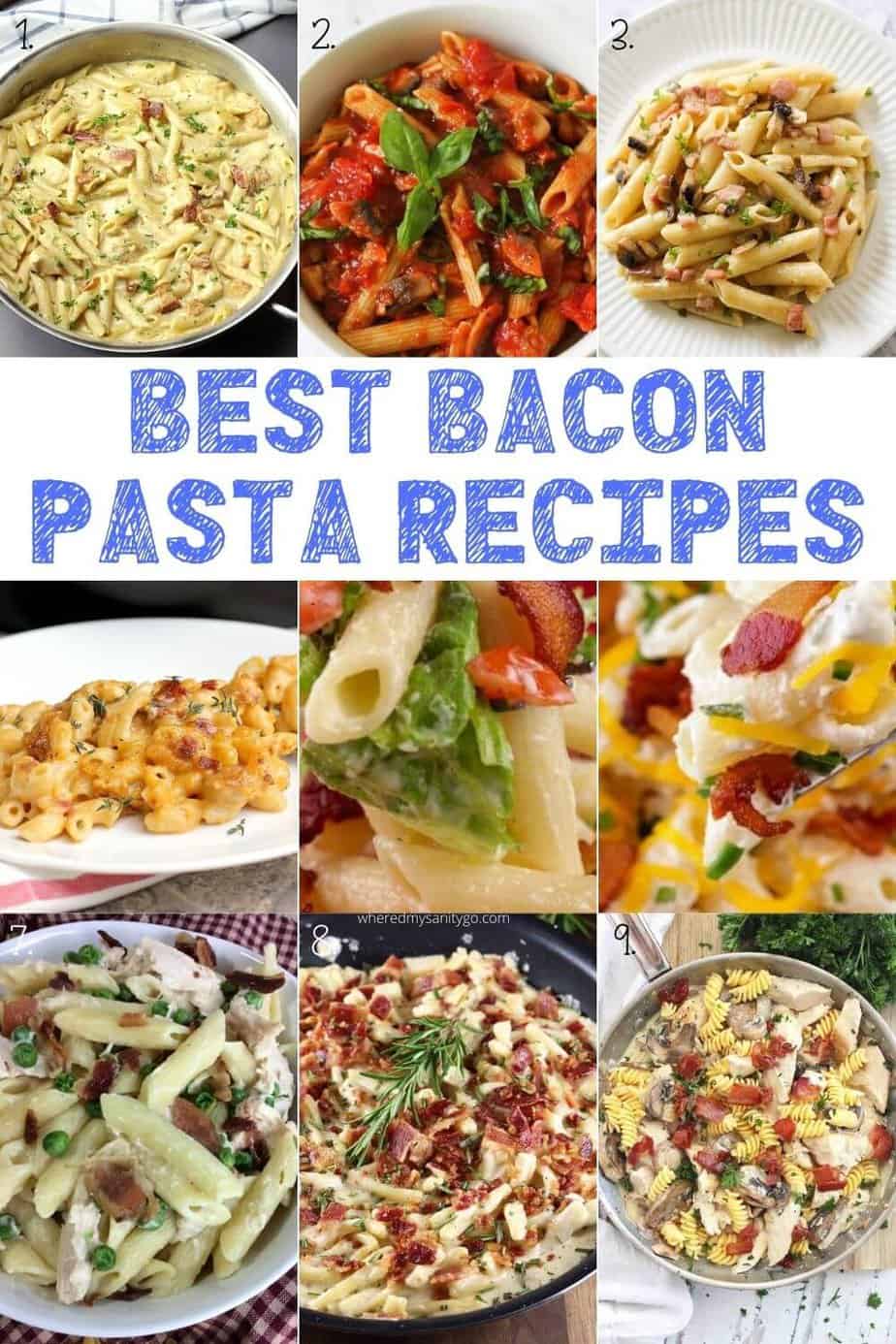 Looking for the best bacon pasta recipes? Bacon and pasta…