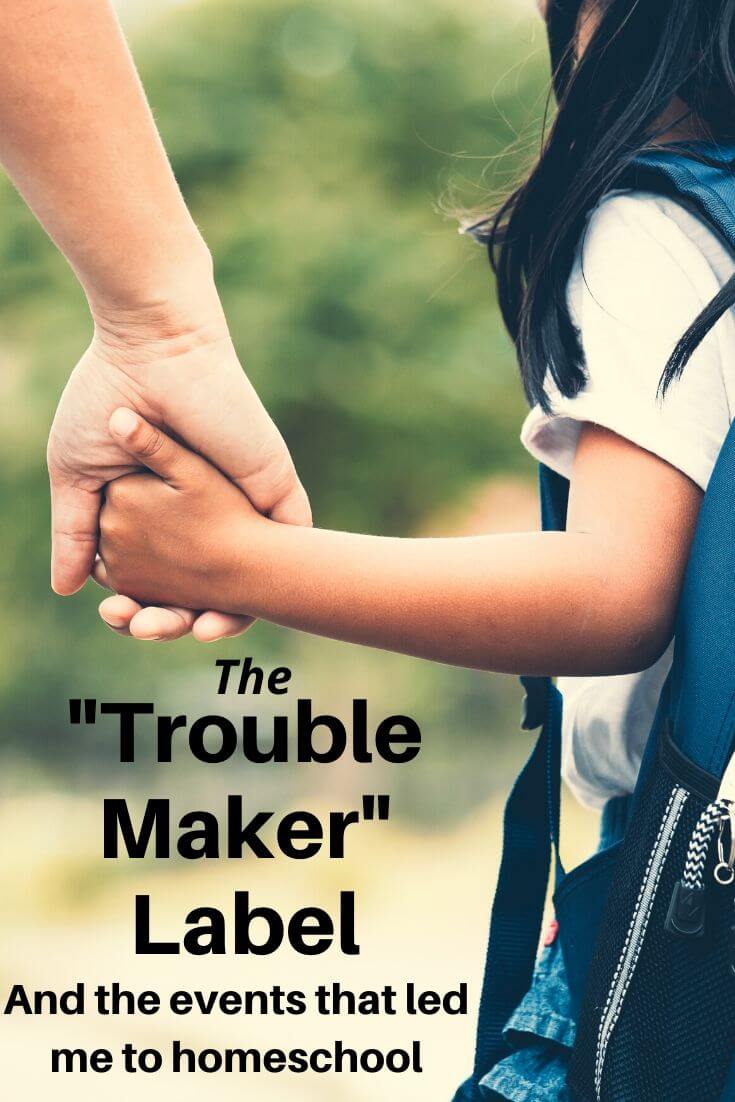 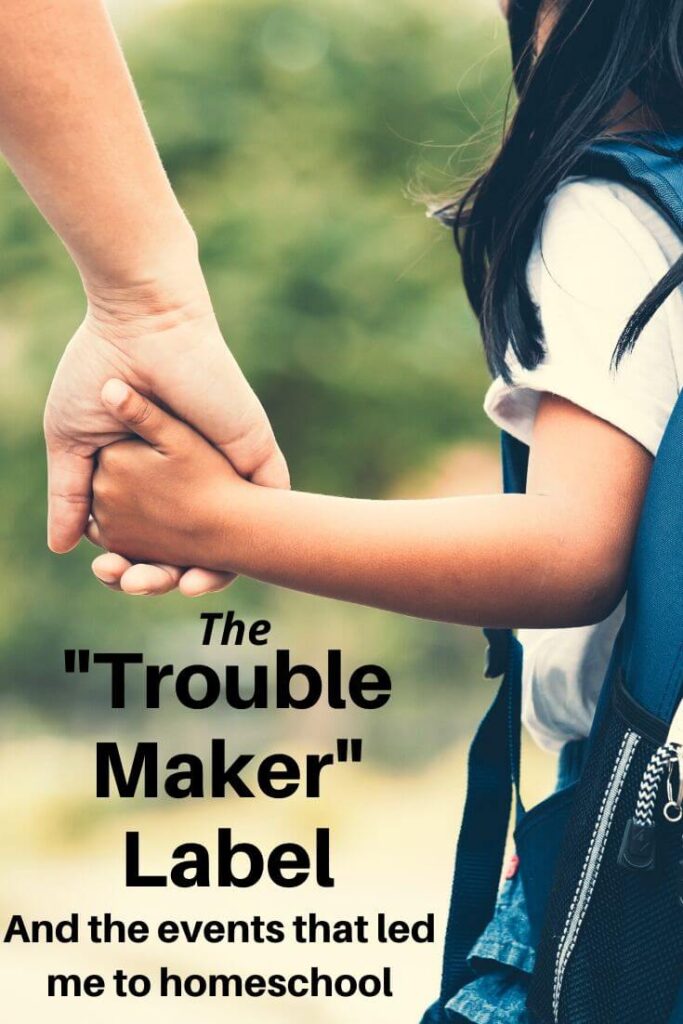 Some of you may be asking "Why would you do that? He will get a better education in school.." Well, after a ton of research and plenty of phone calls with the school, I decided what was best for my child and public school was not it anymore. Homeschooling is popular and can provide a better education.

A little history before we started to homeschool...

"It's just a phase, he will grow out of it.".. "You need to work with him more." This is what everyone told me from the get go. I gave it a few more years to see if he did just need to "grow out of it" but he didn't. Instead, Common Core came along and we got further and further behind. At this point school was getting to be too much for him. He couldn't comprehend the Common Core way of learning. I tried everything I could to help. We saw tutors, we worked at home with reading and math.

He was diagnosed with ADD. He was on a IEP at school at this point. The teachers nearly demanded I put him on ADD medication. As a parent, listening to both the teacher and the doctor we tried the medication. Multiple medications and dosages. When he was on his meds he wasn't himself. He was either a walking zombie, really depressed or extremely violent towards everyone. I didn't want him going through that in life.

In 5th grade it then became a situation where absolutely did not want to go to school. It was a fight each and every morning to get him on the bus. He'd forget his homework and suddenly became very distant. He was now getting called the trouble maker from the teachers. He was treated differently by the teachers. Getting bullied by other students.

At one point he started standing up for himself to these bullies and only got in to trouble while the other kids got no punishment. He didn't get violent with them he simply spoke his mind. But according to the teachers this was all because he wasn't on medication. At home he wasn't like this. He was a typical kid.

"We didn't see or hear exactly what happened, but we have to go by what the other student(s) involved are telling us".

Huh? If you didn't see it then how do you even know what actually took place.

He would come home so frustrated and sometimes in tears because he felt like he was dumb and felt like he was getting picked on by the teachers. Again, the homeschool option was always on my mind.

The one thing we all agreed on (which was their idea by the way) was that he needed a smaller class setting with less distractions and more quiet time for work. I was all for this. He does ok at home with his homework so why wouldn't he do good with this at school. I was hopeful and excited that we may have solved it and that he would do better.

Then came the phone call.

"I'm sorry but we can't put him in a smaller class.. the only thing we offer is a new teacher and classroom. He could switch for the rest of the year to see if that worked but we can't do any kind smaller class setting"

Umm... That's not what you told me when we spoke a few weeks ago.. in fact it was even your idea..

Things are looking up..

Another conference call.. this came early in the morning and I expected more "problems" as they call it. This time was totally different though. The teacher let me know that she had made a deal with him that if he did well the next few months, he would be able to go. They did nothing but praise him for all the hard work he's done and to say how excited he was to be able to go on the field trip.

I was so proud of him! I was excited that he was going to get to go on the trip and hopeful that this would be a turning point for him. Maybe homeschool wouldn't be best right now.

The day comes where he's going to have all this fun and I get a call from the teacher. She says that he was upset and crying because he wasn't allowed to go on the field trip. The reasoning for this is because he was written up yesterday for "playing tag at recess". He was devastated. I was confused and heartbroken for him and then the teacher brings the ADD back up. She says this wouldn't have happened if he was on the medication.

Yes tag ladies and gentlemen.. tag.. the game every kid plays at recess.

I know it seems like a silly field trip but it was more than that. It was something he worked really hard for the last few months. Looking forward to the trip was helping and teaching him that if worked really hard on his school work then he would be rewarded. And he did just that, he worked his butt off for this field trip. Just like that it taken away like that because they wrote him up the day before the trip for playing tag at recess!

The last thing the teacher told me is that she didn't know what else to do to help him. She said she "had given up him." Then came the kicker. "I had to write him up. Even though he's worked really hard the last few weeks, that doesn't make up for the previous months". He didn't deserve to go on this trip, it was for those students who were well behaved."

Say what? My face became red, blood boiling and tears came down my face. This teacher had it out for my son. It made me wonder even more what exactly my child was going through at school. Is this how he was treated this entire time? Was he always acting out because of the way he had been treated?

She stated that she hopes after they came back from break that maybe he'd have a better rest of the year. That the break might do him some good.

What kind of teacher tells a parent they have no idea what to do with their child and that they wrote that child up because she basically didn't want him to go. She gave up on helping my child get a good education? It was that day that I knew it was time to homeschool.

Serious about the idea of homeschool

I knew in my heart that homeschool would be the best for him. He obviously wasn't enjoying school. He was being treated very poorly by the teachers. You could see how it was just dragging him down mentally and emotionally. He was being bullied by the other students. The teachers said it themselves that they didn't know what else to do at one point. In public school, he wasn't being taught how he learned best. The teachers wouldn't teach him how he learned best. In math, he was still doing 2nd grade math in 5th grade. Keeping up with Common Core was hard for him. He couldn't learn exactly how Common Core wanted him to. He learned a different way.

I pulled him out and we officially started homeschooling in January. Already, you can see a major difference. At home he can learn in whatever way he understands best and not just the Common Core way of doing things.

There are a mix of materials we use, including online classes, and it works great for us. Of course we have days where he doesn't want to do anything, but here at home I reward him for getting his school work done.

Where we are now with homeschool

After just a few months of starting to homeschool, I know that it was the right decision for him and I wish I had started homeschooling sooner.

He's more relaxed. He's in a quiet setting where he can concentrate more and focus on his work. Instead of doing 2nd grade math we are now at 4th grade math, which is a huge improvement. I get to do more hands on things which help him soak in that information even more. The list goes on and on. I'm so thankful I decided to homeschool. It was the right decision for us.

I realize homeschooling may not be right for every child or in every situation. But it was best for us. Pay attention to what your child needs. Get to the bottom of what's really going on with your child. I wish I would have done that sooner. Do what is best for them and don't let anyone stop you. Can I block channels on YouTube Kids? Yes! It can be done! There are so many different YouTube channels out there, some not so friendly for kids. We learned that the hard way. We often use YouTube for our homeschooling routine. There are a ton of great educational channels and videos that help with our... 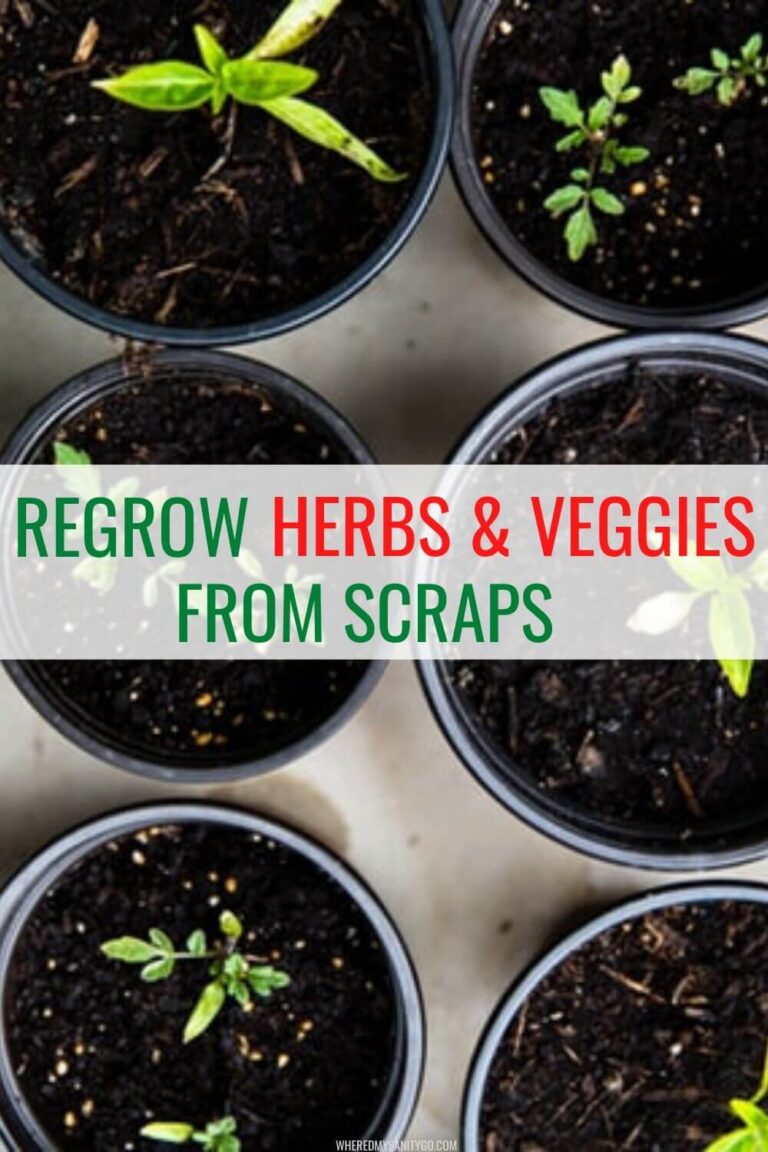 Did you know there are many different fruits and vegetables you can regrow from kitchen scraps? This is great for those who live in apartments or small areas where there may not be enough room to grow plants. It's also helpful for families who are wanting to save money by growing their own fruits and... 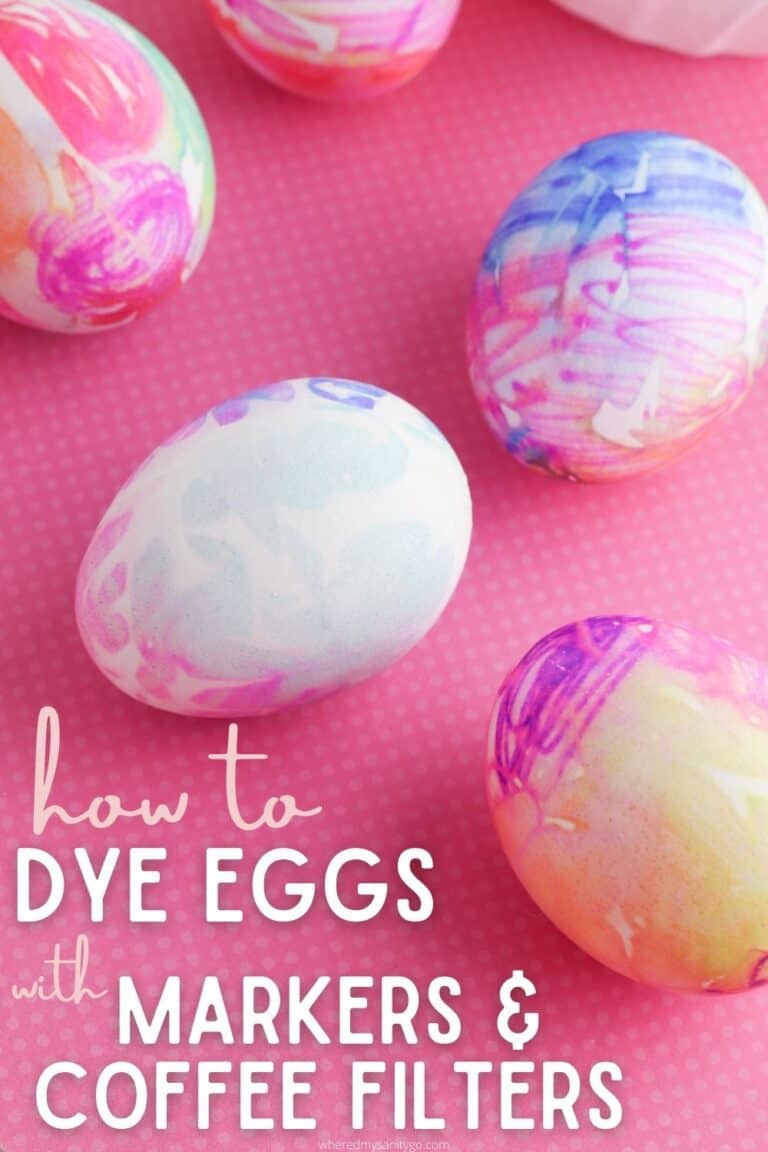 How to dye eggs with coffee filters and markers. It is actually an easy process that the kids can do for Easter or as a fun homeschool project. We love coloring eggs and this year I think we are going to dye Easter eggs with markers and coffee filters. Not only will this be a... 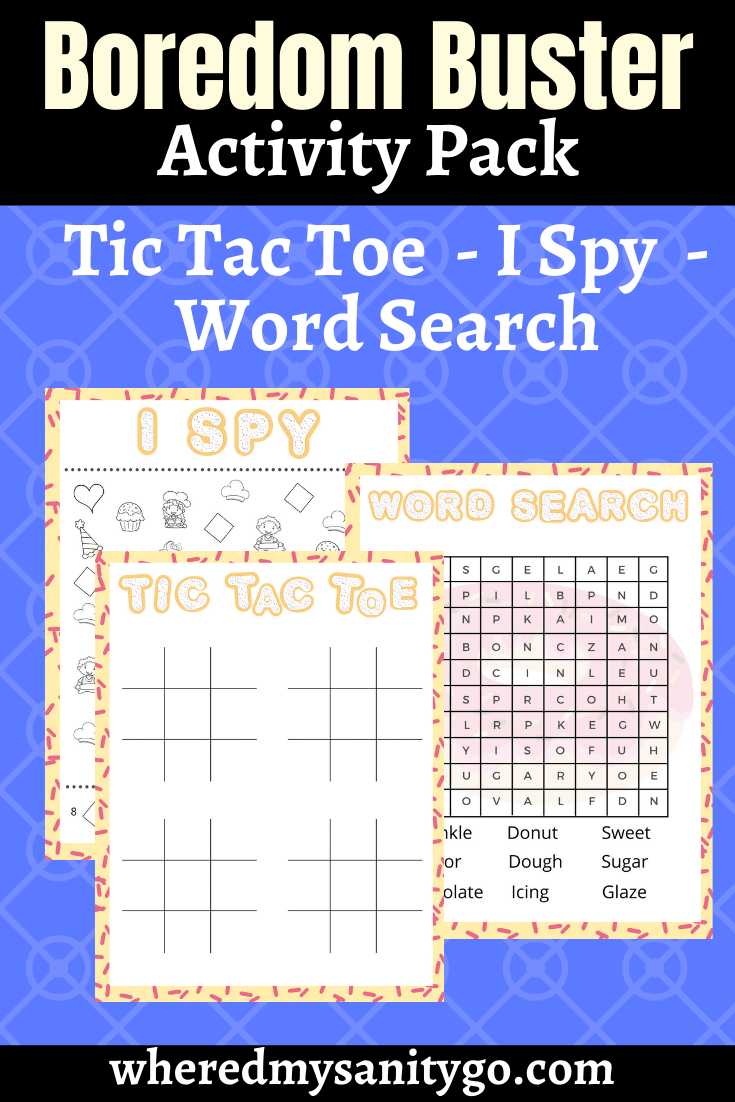 A fun 3 page printable at home activity pack for kids to work on while they are home. This COVID-19 virus (aka Coronavirus) has shut down schools, outdoor gatherings, and sports activities to help fight the virus and to keep everyone safe. Related: DIY Homemade Cleaners Talking to Kids About the Coronavirus & Precautions You...

A fun free printable Easter bingo game that kids will love playing. This bingo game is a fun activity that kids can play with their friends or classmates! I love making bingo cards for kids' activities and themed parties they have going on. These cute little bingo cards can be printed at home for everyone... Today, I want to share some of the best playdough recipes and playdough activities with you. This weekend we have a little one coming to visit and one of the things she wants to do is make homemade playdough. Easy enough! After we make our own playdough she will have hours of fun getting creative...