I’m not a regular mom…I’m a cool mom. Amy Poehler’s character in ‘Mean Girls’ spoke this line, and we’ve all said it a time or two. I said it this weekend to my teenage daughter and one of her friends, and they both laughed before telling me my outfit made me look like a mom (rude).

In all seriousness, I am a cool mom, but I’m also not a cool mom. Hey, we can’t all be perfect. I’m cool in that I’m a good time, and I like to have fun with my kids and family, but I’m not in cool in that I’m also a rule-enforcer and I am past the point of overstimulated by 8 pm and require everyone to disperse to their rooms for the night. 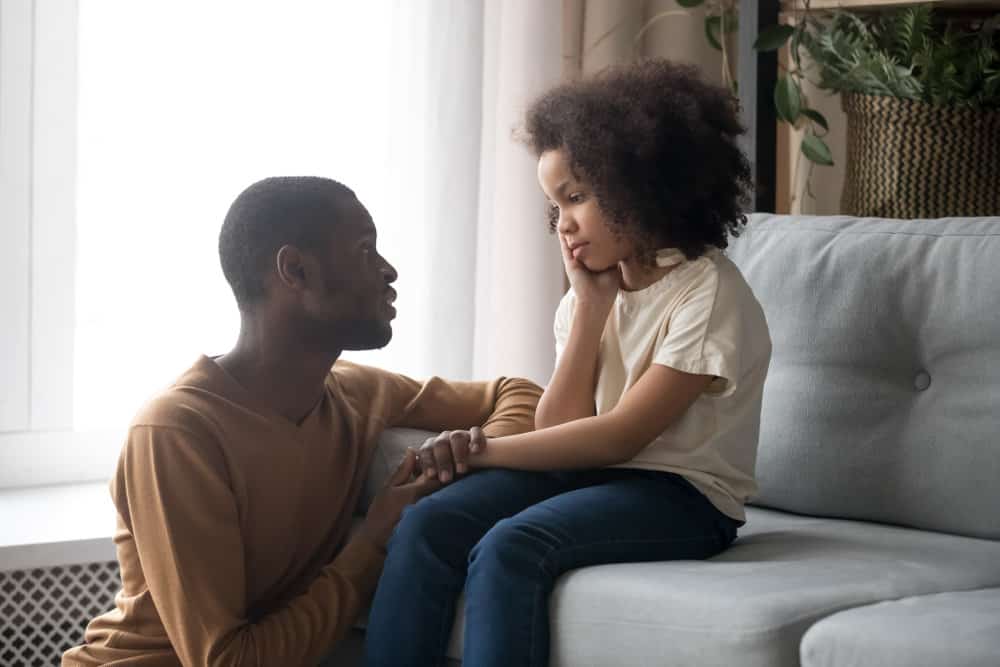 As for a parenting style, though, I’ve got nothing. I couldn’t tell you if my life depended on it what kind of parenting style my husband and I use. I can tell you that we are good about sharing the good cop/bad cop roles. We are both pretty strict when it comes to certain things, a lot more lax about others, and we really enjoy our kids.

I came upon an article this weekend about authoritative versus authoritarian parenting, and I found it fascinating. For one, I don’t feel as if either applies to our personal parenting skills. Also, how many styles of parenting are there? Because it seems like eleventy billion, and that makes me wonder if it’s just all parenting and why do we need to label it all?

According to Healthline, “authoritative parents give their children a lot of support and love. They are flexible and welcome open communication, but discipline isn’t put on the back burner. They set clear guidelines and expect their kids to behave and listen to house rules. At the same time, they’re not overly strict or unreasonable.” It turns out we are authoritative parents, and perhaps we do learn something new every day.

It places high expectations on children with little responsiveness,” and the definition only gets worse from there. Authoritarian parents prefer obedience and control to positive relationships with open lines of communication. To give you the cliff’s notes version of authoritarian parenting, it is no good.

What are the Key Differences Between Authoritative and Authoritarian Parenting?

The key difference between authoritative and authoritarian parenting falls in the difference between discipline and punishment. Let’s pause a moment for story time. You know I love a wordy story. Until this weekend, I’d never heard of authoritative or authoritarian parenting. Fun fact: We didn’t read parenting books before, during, or after any of my pregnancies. We figured that if some of the people we’ve encountered can raise their kids, we’re all right with ours.

However, my husband and I also focus a lot on how we were raised, what we liked about our childhoods and what we didn’t. We make a lot of decisions about our own parenting skills based on how we felt things worked and didn’t work for us as kids. Granted, we were both really good kids in terms of behavior, academics, athletics, etc., and we use a lot of our own parent’s methods with our kids (they’re also really good kids in terms of all those things).

One thing we both agreed on from the start is that punishment doesn’t have a place in our home. It’s so…mean. It sounds harsh. Punishment sounds like a term you use for people who break the law and go to jail. We like the term discipline. It just sounds nicer and more appropriate.

One thing we both agreed upon early in our marriage, long before we had kids, is that all actions have consequences, and discipline is necessary – but it’s not always the end all, be all of a situation. As it happens, we’d already stumbled upon the key difference between authoritative and authoritarian parenting – we discipline our kids. We don’t punish them.

Why is Discipline Preferable to Punishment?

Michael Eric Dyson once wrote, “The point of discipline is to transmit values to children. The purpose of punishment is to coerce compliance and secure control, and failing that, to inflict pain as a form of revenge,” and it’s not inaccurate. Discipline is an art, in many forms. You learn a discipline when you practice a sport, and it’s often defined as being good at something. Punishment, on the other hand, rarely denotes anything positive.

An Example of Authoritarian Parenting Punishment

In this example, little Jessica is in trouble at school. She got into a fight with another student at lunch. Jessica’s authoritarian parents receive the call, and they pick their daughter up from school. Immediately, Jessica’s parents being telling her all the reasons her behavior was wrong, and they take away her cell phone and ground her from any social activities for one month. When Jessica attempts to tell her side of the story to her parents, they tell her it doesn’t matter why she did it.

She did it, and that’s all that matters. Her authoritarian parents tell her that there is never a situation in which she misbehaves at school and breaks the rules. They punish her without hearing her out, without talking to her, and without understanding. Nothing matters except the fact that she will never again defy the rules set in place by the authority figures at home or school.

An Example of Authoritative Parenting Discipline

Now let’s take a look at the same situation but with authoritative parents. Jessica gets into a fight at school. Her authoritative parents take the call from the school, pick up their daughter, and they bring her home. They sit her down, and they ask her what happened. They don’t yell, lecture, or discipline her right away.

They’re not happy about the situation in any capacity, but their immediate response is to sit her down and ask her to expand upon the fact that she got into a fight at school. Jessica explains to her parents that the student she fought made fun of Jessica’s friend who has a disability and made him cry. Jessica asked the child to stop being rude and inconsiderate, and that’s when the other child started saying ugly things about Jessica’s family. Things escalated. They fought.

Jessica’s authoritative parents hear her out. They discuss her feelings with her. They explain to her that it’s never okay to fight another person, but that they understand her frustration and why she acted the way she did. The parents go on to explain her to alternative methods for better handling herself if she finds herself in a similar situation in the future, and then they issue her discipline. They want her to learn that there are consequences for breaking the rules, but also that her feelings are valid and her reason for misbehaving was honorable even if it wasn’t appropriate.

Are There Consequences to Using Authoritarian Parenting to Raise Your Kids?

Generally speaking, there are consequences to every method of parenting. The simple fact is that no two kids are the same, and you might find one method of parenting works well for one but not the other. At the end of the day, though, authoritarian parents tend to do more harm than good when raising their kids.

Per Psychology Today, authoritarian parents are more likely to raise kids who suffer from self-esteem issues and depression. They may also find that their kids are less likely to want to spend time with them as adults. Authoritarian parents might also find that their kids resent them, and they don’t look back on their childhood with such fond memories.

In fact, authoritarian parents may find that their adult children have a more difficult time speaking up in most situations. They might be more passive and less likely to rock the boat or make waves even when they know they’re right. Why? Because they are taught obedience is always preferable, and even respectfully disagreeing is not obedient.

On the flip side, however, authoritarian parents are still able to raise children who are high-achieving, academically successful, and well-behaved. They aren’t lacking in that aspect, but their kids are more likely to suffer from a long list of negatives, as well.

What are the Consequences of Authoritative Parenting?

Are There Other Types of Parenting Besides Authoritarian and Authoritative?

Another common method of parenting is the overprotective method. This one is often referred to as helicopter parenting. This is a parent who is not all about letting their kids hurt at all even though hurt is a part of life and a very important lesson to learn. The overprotective parent shields their kids from all things that are often misconstrued as negative. For example, the overprotective parent will not allow their children to experience harm in any capacity whether it is pain from rejection or unhappiness, failure, or anything.

It’s natural to want to protect your kids from pain in every single capacity, but it’s also important that kids learn the hard way sometimes. They have to experience pain, rejection, hurt, etc. to learn. Imagine being shielded from everything growing up and then being thrown into adulthood without any idea how to handle failure, rejection, or even hurt feelings. It’s not a good look.

Finding a Parenting Style that Suits You

If I had to sit down and choose a method of parenting, it would be authoritative. It best describes our parenting. Authoritarian parenting is definitely not how we roll in our household, but I can see myself also bordering on overprotective at times. I recognize it, though, so that’s a good thing.

What it boils down to is that there really is not a right way or a wrong way to parent your kids. In fact, each of your children may require their own unique form of parenting. Understanding the risks, the consequences, and how your parenting style affects your kids, though, is where it’s at. It’s also never too late to make changes if you’re worried your own parenting style is too much of a good thing or a bad thing.

Tiffany Raiford is a lifelong Floridian, wife to my high school sweetheart and mother of four littles (two girls and boy/girl twins...no, they are not identical and yes, I'm sure). My kids love to whine, so I love to wine. My loves include nap time, bed time, date night, travel and evenings and weekends when my husband is home because he handles all diaper changes. 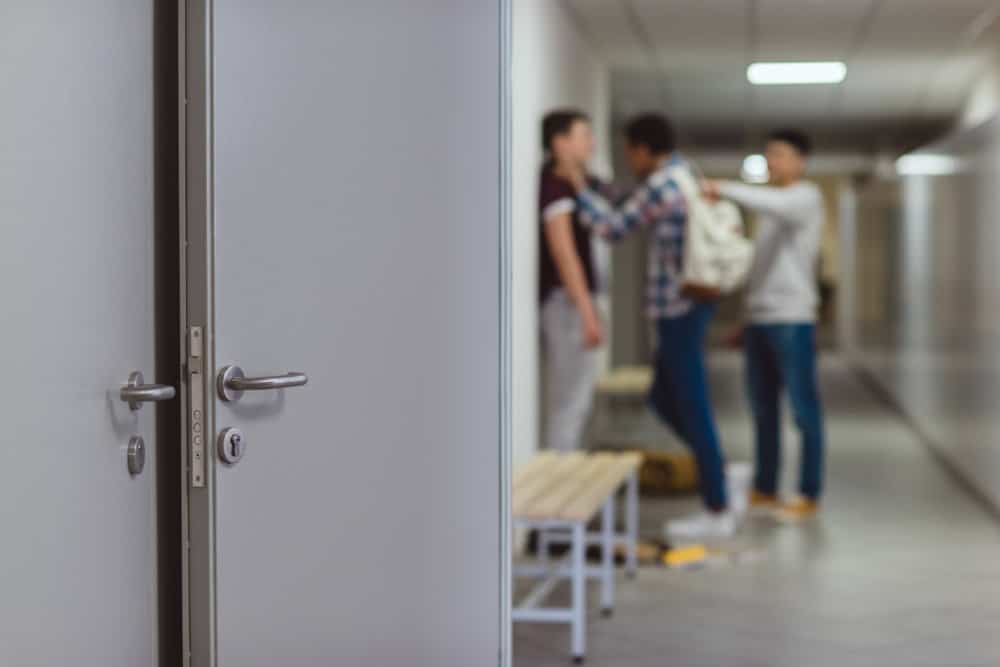 One of the first things our middle daughter noticed when she began her middle school career this past fall is that kids fight. A lot. She’s horrified by the fighting – but not because she’s… 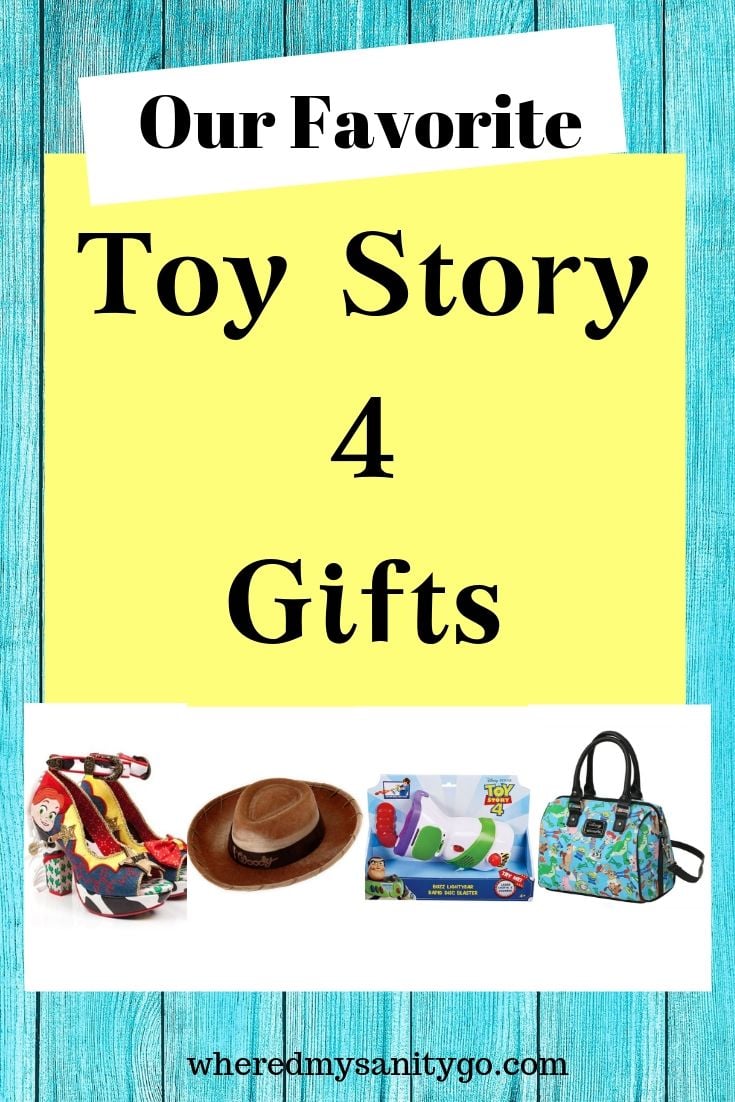 Why are we talking about Toy Story 4 toys? Well.. if you haven’t heard… Toy Story 4 is coming to theatres this weekend! There’s been a lot of hype and excitement from both adults and… 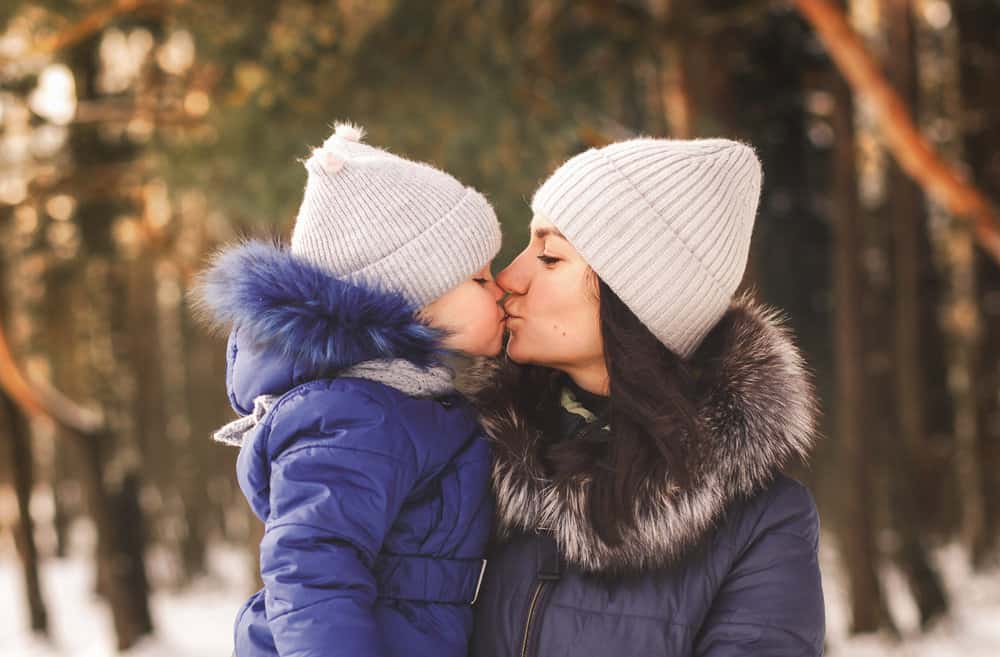 How do you show love? I’m not asking about your love language with your spouse. I’m asking how you show love to your kids…you’re not being graded, so be honest. There is no right or… 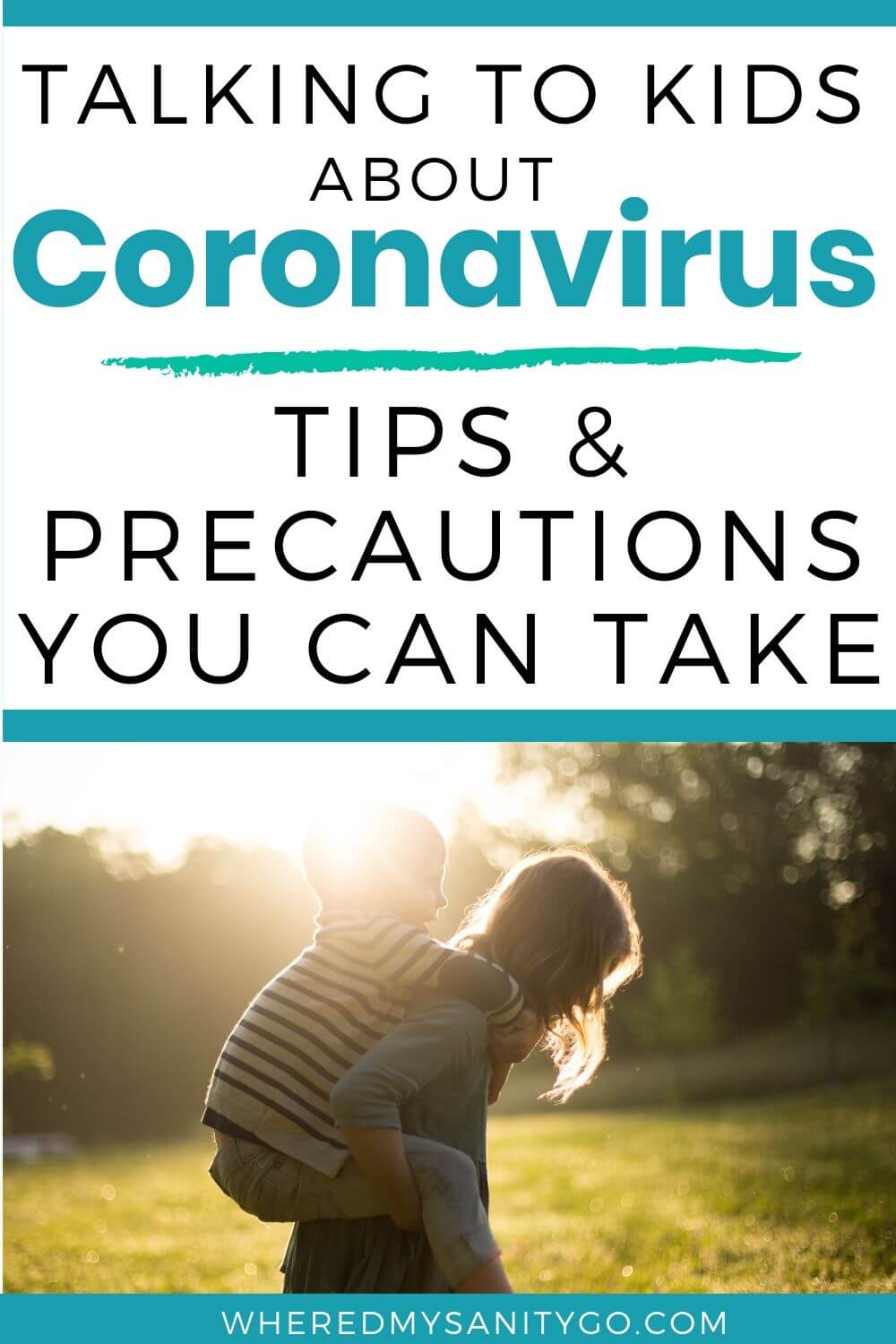 Coronavirus – the scariest word in the world right now. If you have watched the news at all in the last few months you have certainly heard the word Coronavirus at least once. My daughter… 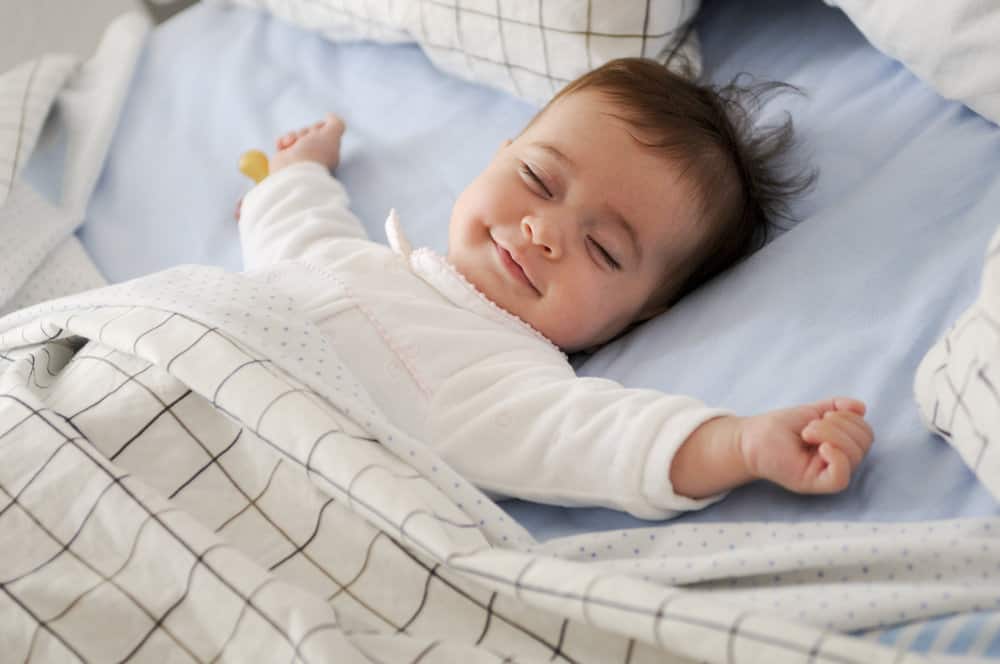 Ahhh…sleep. It’s a glorious thing, yet many of us get nowhere near enough. WebMD provides a comprehensive list of how much sleep people need by age (I, personally, require 8 hours of sleep every night… 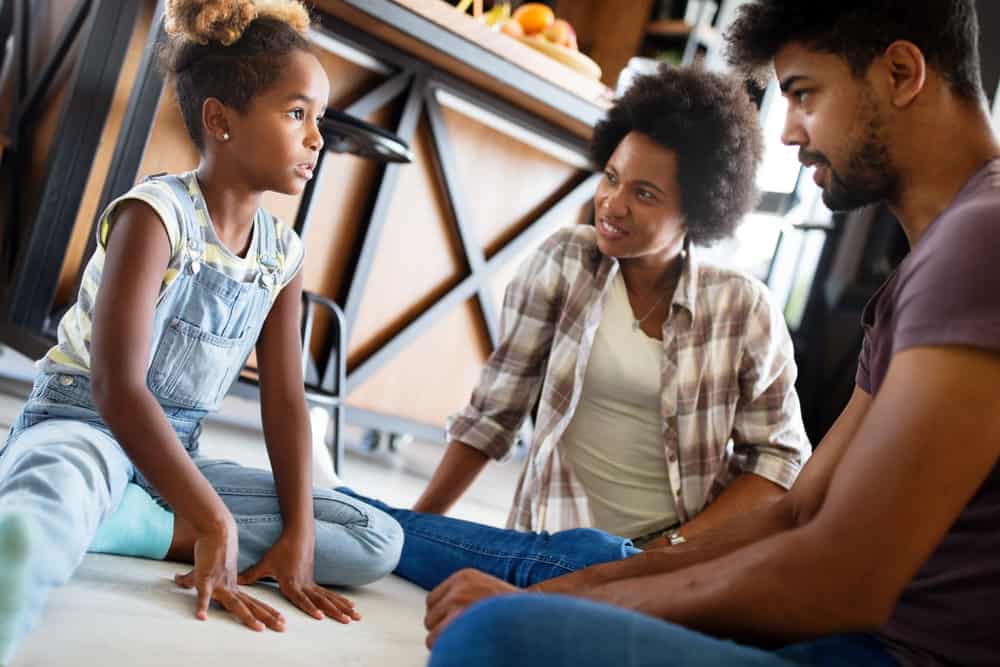 Confession: I am super awkward around kids. I say the F word a lot. Sometimes, I don’t know what to say. I don’t have a lot in common with them. Yet, here I am, the…