An apple a day keeps the doctor away, or something like that. Baking apples with sugar and cinnamon and cookies and other sinfully decadent items might not be exactly what the doctor meant, but the doctor didn’t specify. I like an apple. They’re good, but I wouldn’t call myself obsessed. My kids, on the other hand, love apples. Granny Smith, please and thank you. They appreciate the tartness of an apple like this, so they always choose them when we’re out. As a general rule, we bake apple pie and that’s about all the apple baking we do. 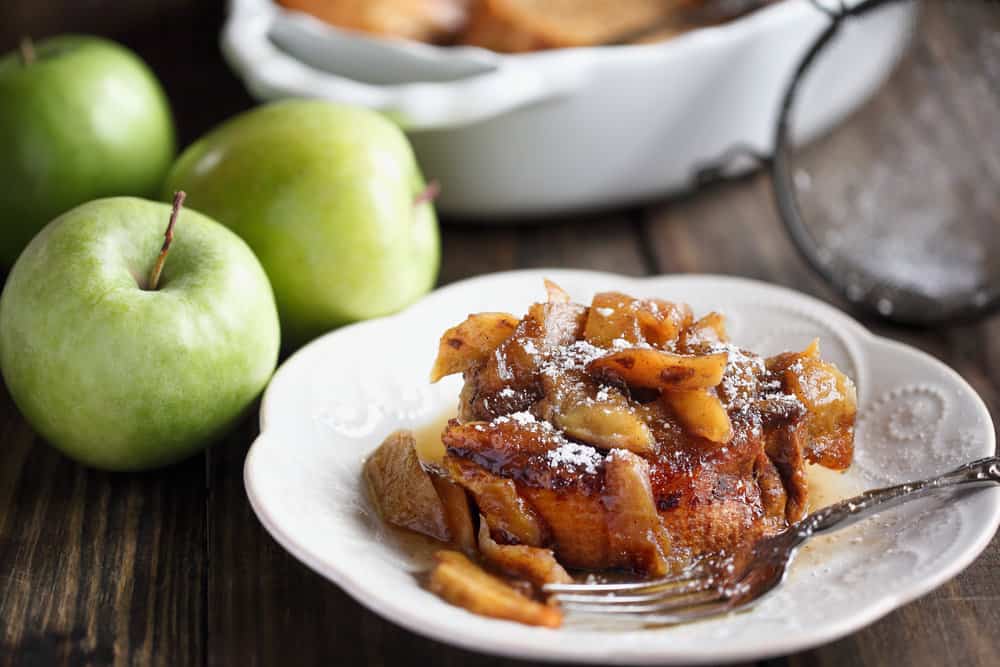 It’s a Thanksgiving tradition – and it’s good. More often than not, we simply slice our apples and dip them in caramel. Sometimes, I’ll cut them up and cover them with peanut butter and a few mini chocolate chips for the kids or for me and my husband. This is always a winning combination.

However, being that my kids love apples, and my girls love to bake, there’s been some requests for apple baking lately. I recently learned that apple season is July through November, but it depends on the type of apple and where you live. You will find apples throughout the year, but they’re just better this season.

When is the Best Time to Bake with Apples?

Going back to my previous comment, it’s best to bake apples from July to November when they are in season. However, as long as you can find a good apple, you can bake with apples. There are a few things you should know, though. Baking with pre-cut apples of the bagged variety (think the kind you pick up and toss in the kids’ lunches) is not the best idea. These apples are in a solution that keeps them from turning brown – as they love to do within seconds of touching the air – and they’re not fresh enough to bake with. You probably could use them in a pinch, but the results won’t be quite the same.

Not Everyone loves an oatmeal cookie, but most everyone will love an apple oatmeal cookie. Unlike Oatmeal raisin cookies that look like they’re chocolate-filled and delightful, these cookies aren’t messing with your mind. There’s nothing worse than picking up an oatmeal raisin cookie thinking it’s chocolate chip…and it’s not. Apple oatmeal cookies, on the flip side, are quite good. Give them a chance, and be sure to add this recipe to your regularly scheduled baking.

Just when you didn’t think you could make blondies any more delicious, you learn you can make them with maple and apple. The combination is a good one, and it’s going to be a crowd pleaser. This is a recipe I’m going to try the next time we host a party.

There’s nothing as decadent as a homemade apple pie during the fall. It’s the classic Thanksgiving dessert (come at me, pumpkin pie people, come at me). It’s sweet and savory, and it pairs well with vanilla ice cream. It’s also a great recipe to make as you wish, which means you can play with it a little to make it your own.

There is nothing healthy about an apple fritter, even when you bake it. But it sounds much healthier than fried apple fritters, doesn’t it? Apple fritters are straight up delicious. If ever you are in the market for the world’s most amazing apple fritters (or any other fruit you can imagine), there is a tiny little restaurant in Swansboro, North Carolina, called Yanas right downtown. It’s small. It’s a hole in the wall, and every available surface of this place is decked out in Elvis décor. Go. Wait as long as it takes. Get the fritters. You’re welcome.

Cinnamon apple bread is a great make-ahead idea for breakfasts. It’s one of those things you can whip up and give to a friend who is going through a tough season. You can make it ahead and bake it fresh on a holiday morning. This recipe is one of the best.

This is a recipe shortbread lovers will adore. It’s simple, straightforward, and it’ll bring happiness to all apple crisp lovers.

7. Apple Bombs in the Air Fryer

French apple cake is perhaps one of the best ways to eat apple. It’s amazing, and this is a recipe I’ve had saved for some time now. I haven’t tried it, but I am going to.

Yes, it’s another bread recipe, but bread recipes are where it’s at. Bread is notoriously easy to make provided you learn how to work a recipe, and this one is no different. It’s good to make ahead, freeze, or even hand out as little hostess gifts on a holiday.

Muffins always remind me of my grandmother. She made cinnamon apple muffins for us during the fall anytime we slept over at her house. My brother and I loved them, and I like to keep the tradition alive. They’re just so sweet. And even though you can buy the mix pre-made, nothing touches fresh apples in a muffin. This is a great recipe for a cold winter morning. Pair it with your favorite coffee or even a cup of hot cocoa for the kids, and you have a picture-perfect weekend morning.

Coffee cake is the most underrated item in the world. it’s so easy to make, and it’s another dish that’s easily made in advance. It’s great for holidays, when you have guests, or even when you’re traveling and have a kitchen in your rental home. This apple pie coffee cake recipe is one of the best, and you won’t have any left over.

What is the point of an upside down cake? No, really? I don’t get it. I don’t dislike them, but I also don’t love them. I won’t eat it on a normal basis because it just doesn’t do it for me, but tell my husband something is upside down cake and he’s all over it. I’m mystified, but this is a recipe I saw on Pinterest recently and decided to make for him.

Snickerdoodles are so simple, and everyone loves them. This is a slight twist on a classic snickerdoodle recipe, but it’s not difficult. Don’t feel intimidated because you’ll be fine.

When I lost my grandmother in 2021, she was just a few weeks shy of turning 102. She was a vibrant, beautiful, busy, energetic, young woman, and it was an utter shock to us that she simply did not wake up one morning. It’s so easy to forget she was in her 100s because she was so youthful and energetic, witty, and hilarious. She and I baked together all the time growing up, and I regret that I did not get this recipe from her before she was gone. In my mind, I was never losing her, and that’s something I wish I’d been better prepared for.

This dish, however, is one that seems close to hers. I’ll promise you now that it will never be as good as hers, but I bet you can find ways to tweak this one each time you make it to bring it to life and make it your own. What I love about apple crisp is the flavor, but also the fact that it’s a dessert that can be vaguely disguised as breakfast if you’re hosting a breakfast event or holiday morning at home. Calories do not count on holidays.

One of my favorite things to do is make cinnamon rolls from scratch. Once again, they remind me so much of time spent with my grandmother. If I’m being honest, though, I love to play with cinnamon roll recipes. Pumpkin cinnamon rolls, for example, are something I’ve perfected and mastered. I love them. Caramel apple cinnamon rolls are new to me, but they’re on my holiday baking list. This recipe is the one I’ve saved to use as my inspiration.

Are you aware that I am the mom of four kids? I am. My husband and I decided we were tired of being happily married and well-rested and living our best lives and we had a baby. She was so perfectly wonderful that we decided to have a second one. She was also so perfectly wonderful that we thought we should probably add another baby to the mix. We figured we were basically girl parent pros at that point, so a third girl would be fine, but we’d also be super excited to have a little boy.

God said, “Cool. Here’s one of each, and you won’t understand this now, but when you’re taking all four kids to Disney and Universal and flying and stuff, you’ll be glad everyone has a seat partner, and you are welcome,” and he was not wrong. Regardless, we’re now the (very proud) parents of kids who are 14, 11, and 8 (two of those) and there is a common them with kids this age: There is no such thing as a bad cupcake. They don’t like apple pie, but they love an apple pie cupcake – and I think it’s because the frosting is so cinnamonly and delicious.

If you haven’t tried monkey bread of any variety, do it. It’s so good. And it is fun. You won’t regret this one.

All right, let’s make this one a little more exciting. I’m all about a caramel apple cookie, but I think we could toss a little something extra into it to bring out the flavor a little more. Caramel and apple pair so nicely together, but you know what else pairs well with both? Chocolate and sea salt. Allow me to make a few recommendations. Try sprinkling a touch of sea salt to the top of each cookie before it goes into the oven. If you’re not a sea salt fan, try adding a few mini chocolate chips to this recipe for a little added sweetness.

If you’re crazy and you like an explosion of flavors and a little too much going on in your mouth at once, throw both in and see what happens. If you don’t like it, don’t do it again. But I’m a big believer in the concept of trying new things and throwing caution to the wind during the baking process. It helps us all do a little more, doesn’t it?

I’ve learned something about cheesecake in my 39 years. People either love it, or they hate it. It’s as if no one is middle of the road about cheesecake. This one, however, sounds delightful…because it is. Try it.

Tiffany Raiford is a lifelong Floridian, wife to my high school sweetheart and mother of four littles (two girls and boy/girl twins...no, they are not identical and yes, I'm sure). My kids love to whine, so I love to wine. My loves include nap time, bed time, date night, travel and evenings and weekends when my husband is home because he handles all diaper changes. 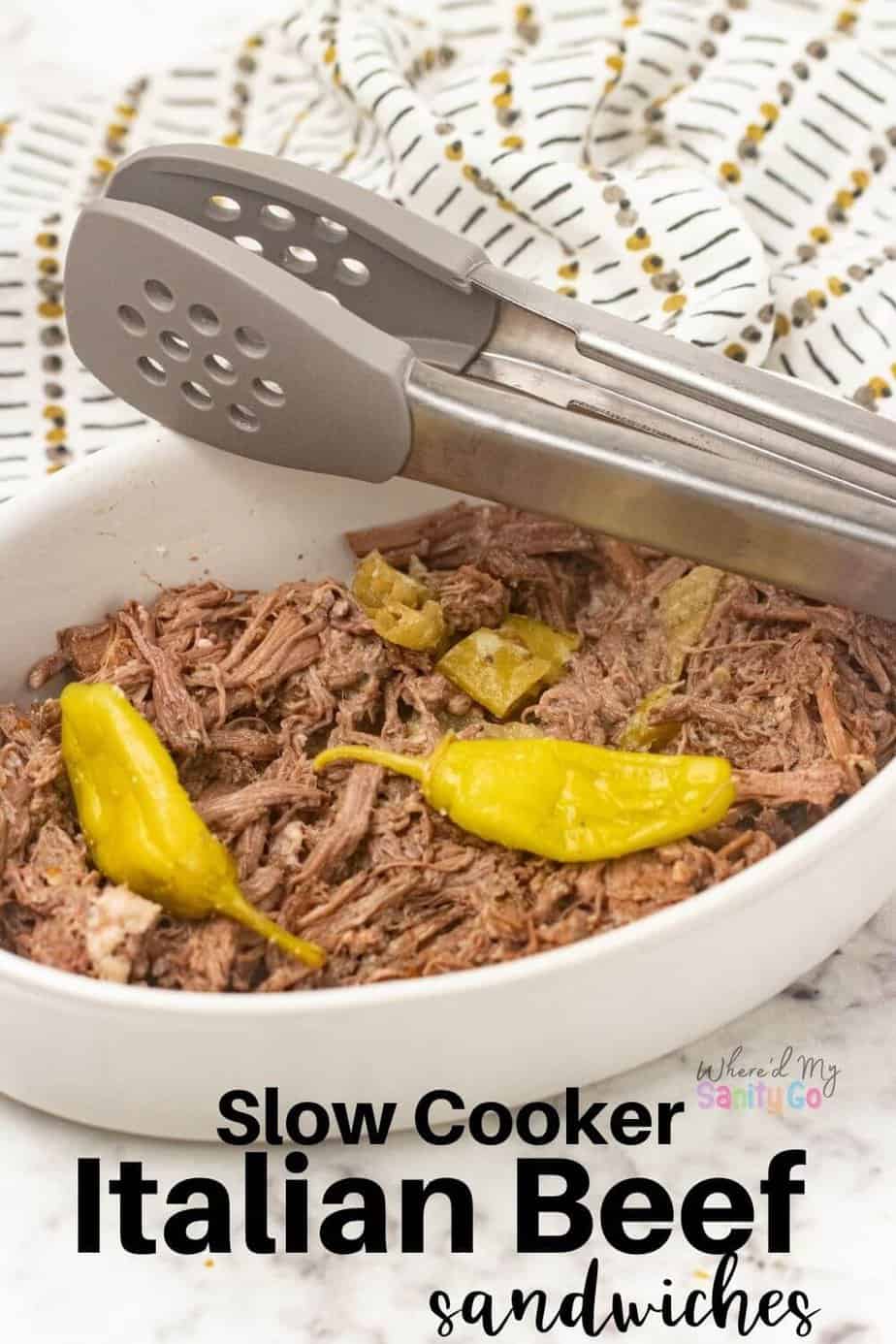 One of our favorite family meals are slow cooker Italian beef sandwiches. It never lasts long, especially with the kids. I swear, they can eat an entire roast themselves so we end up doubling or… 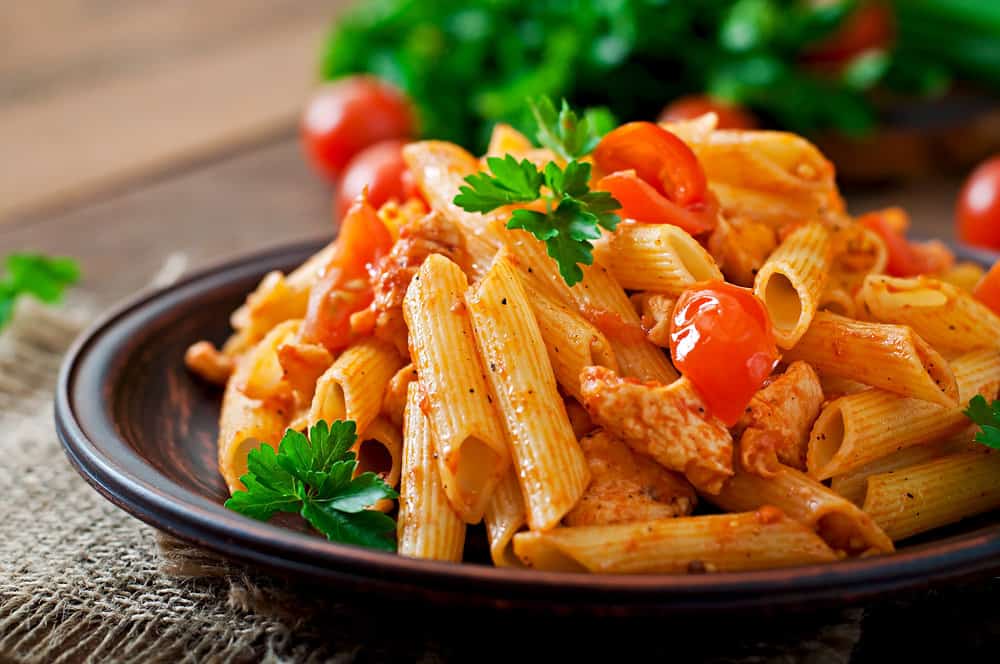 What happens when people choose not to listen to their parents about playing with their food? For some, it may spell disaster. As for others, combining ingredients like grapes and pasta into a recipe that… 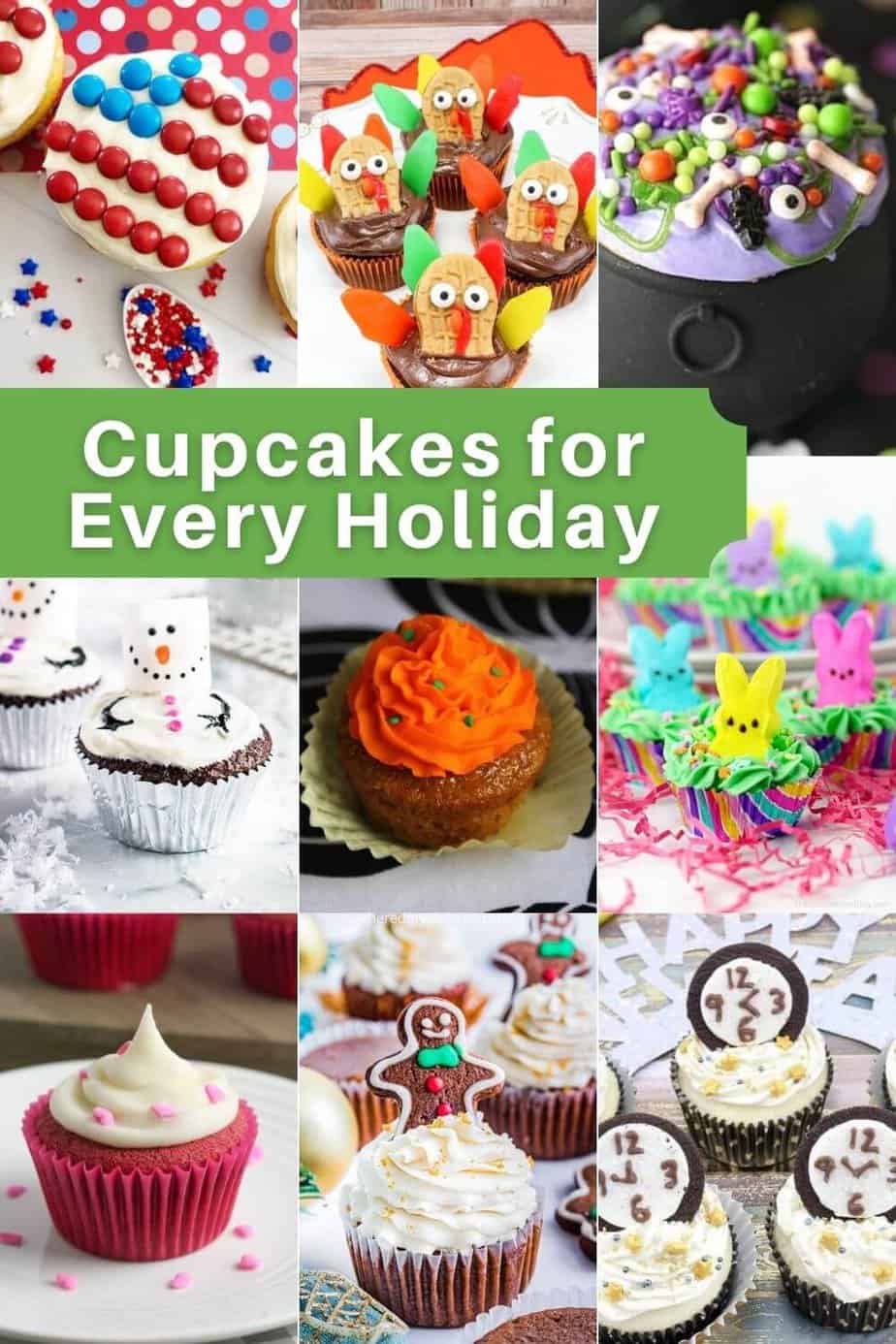 To wrap up our cupcake week celebration, I thought it would be fun to share some holiday cupcakes. This will be a mega list of holiday cupcake recipes. The cupcakes will be for every holiday….

Don’t worry, you don’t have to visit the tropics to taste some of the best mango recipes around! You can easily bring the tropics to you with these recipes made with mango. Mangos aren’t just… 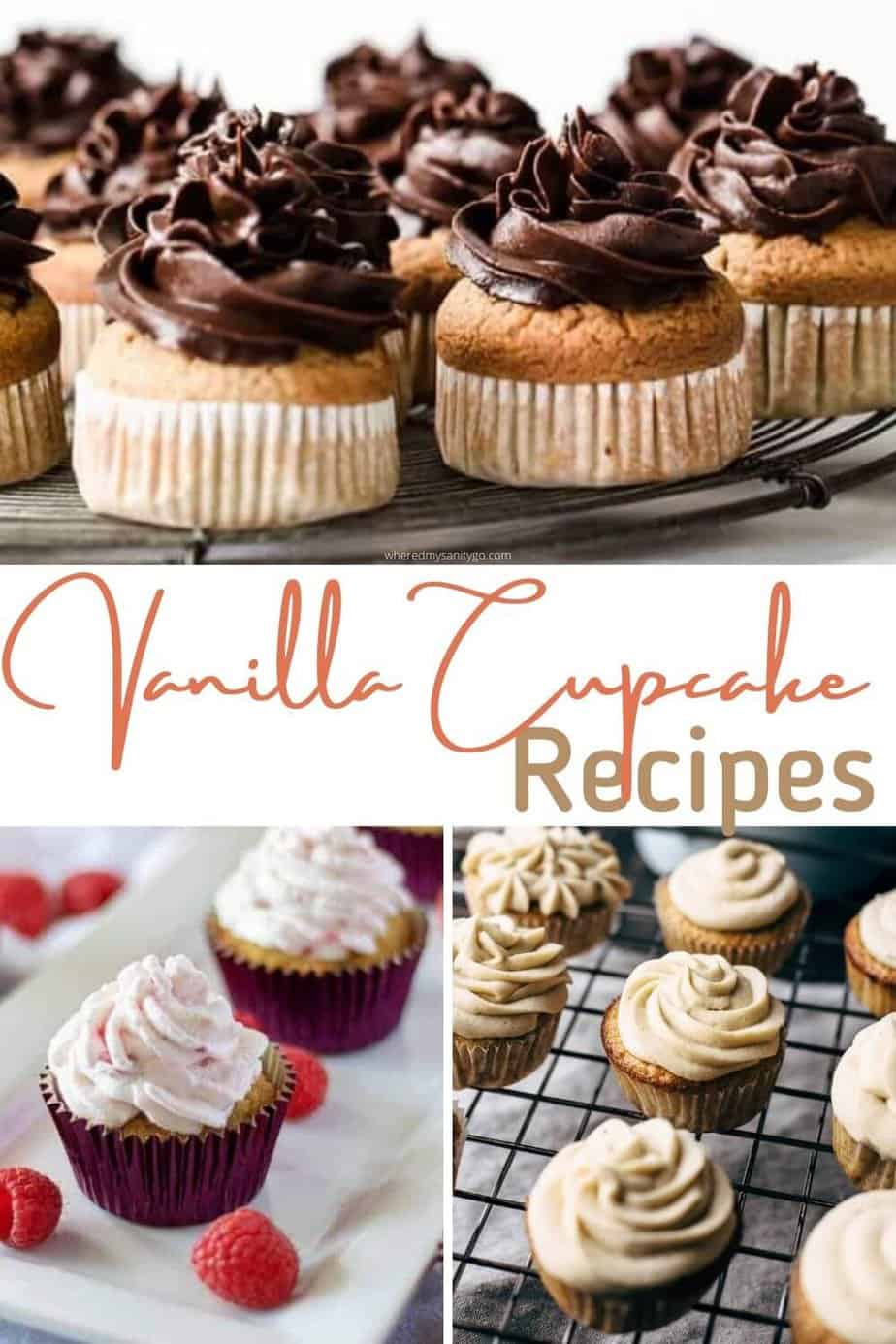 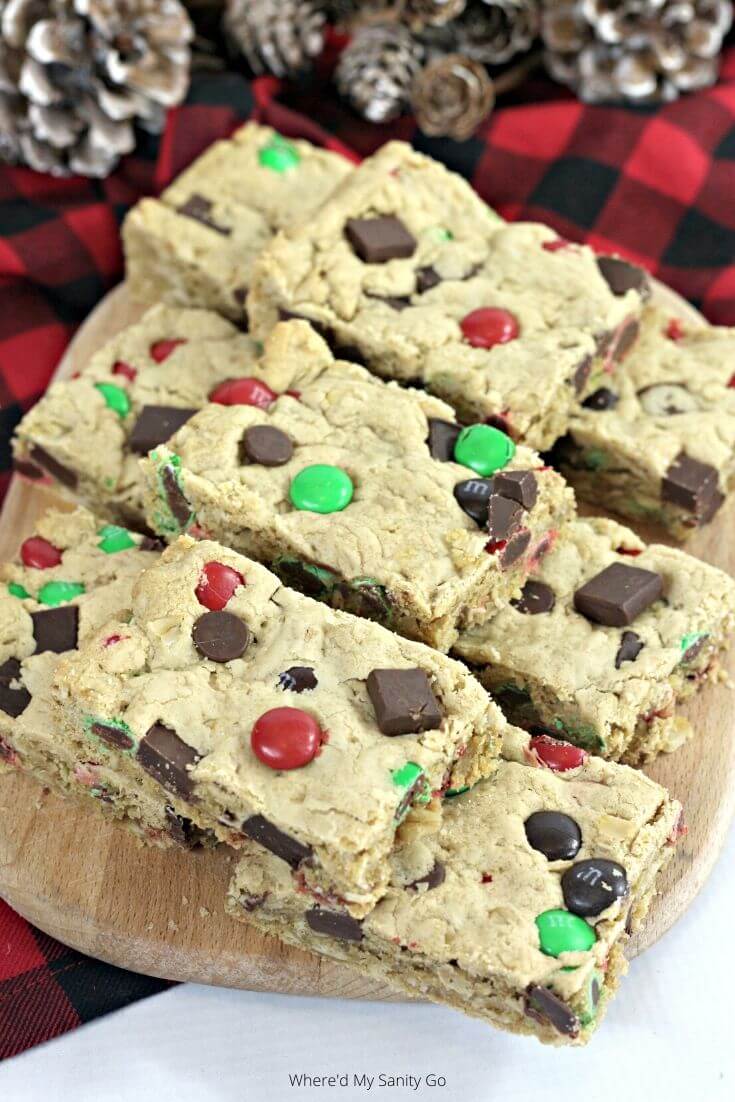 These M&M cookie bars with oatmeal and chocolate chips are a family favorite around here! They’re great for the holidays, school treats, bake sales, parties, and other events where a dessert is needed. What I…